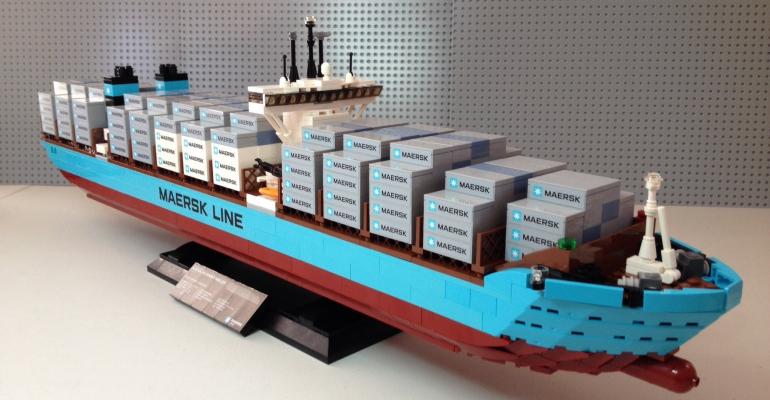 Everyone is talking about blockchain but explaining what it actually does to the average shipping or legal person is a rather more challenging task. Holland & Knight lawyer K. Blythe Daly likened blockchain to a series of transactions linked together in the manner of Lego building blocks in a presentation to the Society of Maritime Arbitrators (SMA).

Daly took the view that supply chains, especially in the container trades, which have analogies to stacks of Lego bricks, would provide a fertile area for first-movers who could bring great efficiencies in tracking and tracing, fuel optimization and automation of purchase orders and payment processes. This view is borne out by recent developments; large container carriers Maersk, in partnership with IBM, and APL, in partnership with Accenture and Kuehne & Nagel, are spearheading ongoing blockchain initiatives.

Bills of lading, which have bedeviled decades long efforts at digitization, might also lend themselves to tokenization - where sensitive data is anonymized - on a blockchain platform. An integral part of her presentation dealt with questions of whether electronic B/Ls, built through a blockchain infrastructure, would satisfy the requirements of “The Rotterdam Rules” (an international convention that could eventually replace The Hague Rules, The Hague-Visby Rules and the Hamburg Rules, pending ratification), where one section explicitly deals with digitalization of B/Ls.

Her conclusion: yes, a blockchain architecture would indeed satisfy the requirements in “Rule 9” of the Rotterdam Rules. Importantly, she pointed out that blockchain would not replace existing electronic data interchange (EDI) protocols prevalent in logistics businesses; rather, she said: “It could assist in optimizing what we already have”.

At a later stage, she suggested, financial instruments such as letters of credit, might be adapted to the platform, although regulatory questions surrounding financial transfers would need to be sorted first.

Read more on blockchain and the supply chain

On the speaking circuit, the SMA is known to be a tough crowd; this was evidenced in the questions following her prepared remarks. One set of questions concerned the lengthy and inconclusive attempts at digitizing bills of lading, and what would be different this time around. The answers centered on the fundamentally different structure- distributed ledger, among peers, versus a central registry, which in turn brought with it high costs of entry, and the far better data security inherent in the chain structure.

When asked about “challenges” that might slow down, or derail, the ambitious plans for implementation of blockchain protocols, she identified concerns about uniformity, standardization, and inter-operability as possible impediments, saying that “stakeholders need to be comfortable with the [structures] and security of the platform”, but stressed that: “customers will drive the push to efficiency”.