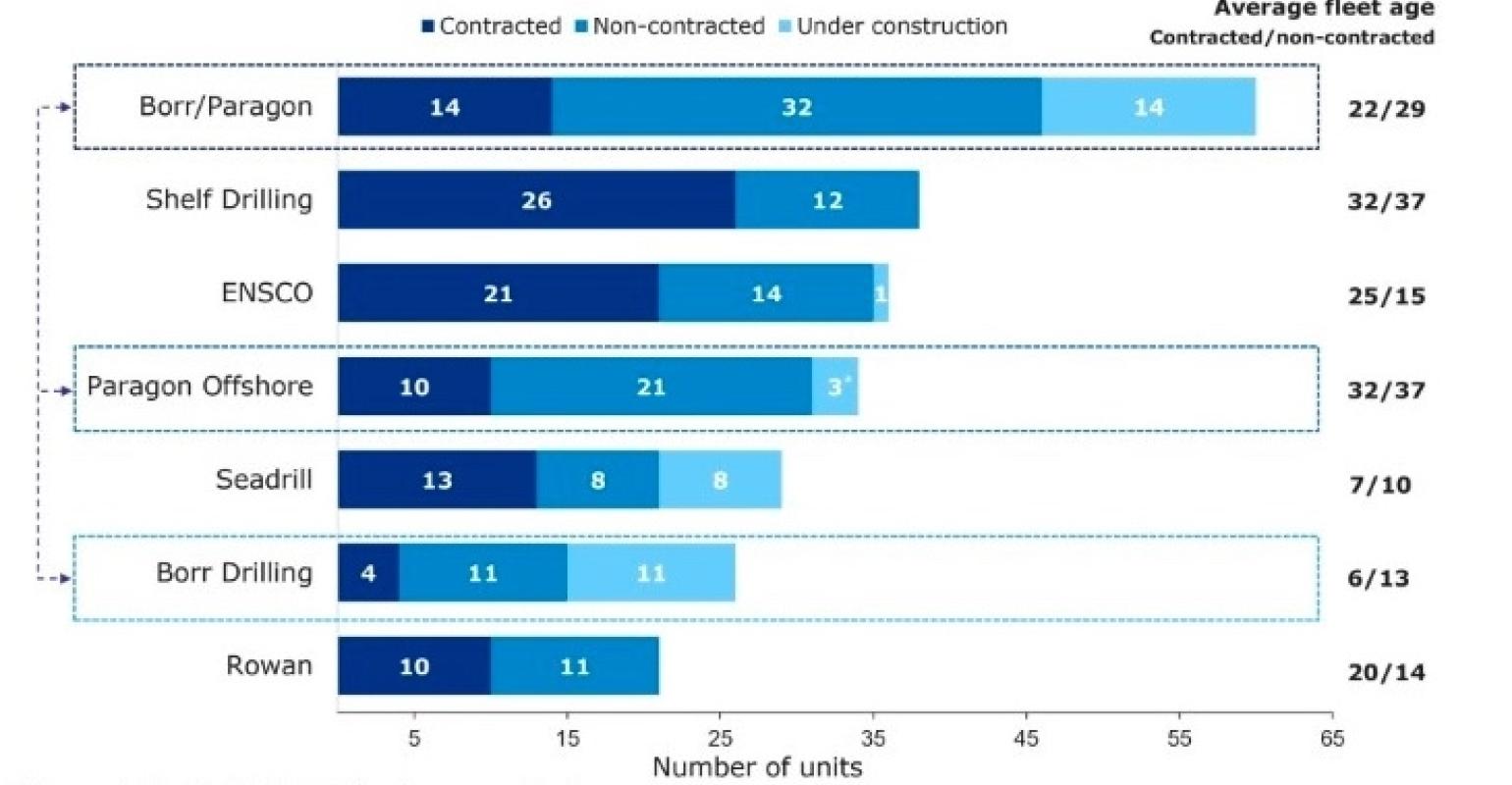 With announcement last week that Tor Olav Triom led Borr was to acquire Paragon Offshore for $232.5m the company will become the world’s largest owner of jack-up rigs with a fleet of 57. It will also have the world’s second largest drilling rig fleet with just four units less than newly-merged Ensco-Atwood.

“It is remarkable what Tor Olav Troim has achieved in such a short amount of time. Going from two jack-ups in December 2016 to becoming the largest jack-up provider shows how Troim has been able take the lead and orchestrate the establishment of his second major drilling company. First it was Seadrill with John Fredriksen and now Borr,” said Oddmund Føre, vice president of oilfield service research at Rystad Energy.

While the new acquisition sees Borr go from zero to the world’s largest jack-up rig owner in just 16 months the fleet is unlikely to remain at 57 with Borr indicating from the outset of the Paragon that it plans to scrap some of the older, stacked rigs in the fleet it is acquiring.

The focus for Borr will be 24 modern rigs built after 2000, and Føre sees the acquisition as well timed.

“The timing is perfect for Borr Drilling as the signs of a recovering market are starting to appear. Contracted utilisation for jack-ups has been holding steady at the low to mid-50% level since early 2017, but during fourth quarter 2017 we saw an increase in new mutual contracts, contract durations, and leading edge day rates for premium jack-ups,” he said.

Webinar: Challenges faced by Ship Registries in a digital and post-pandemic era
Sep 23, 2020