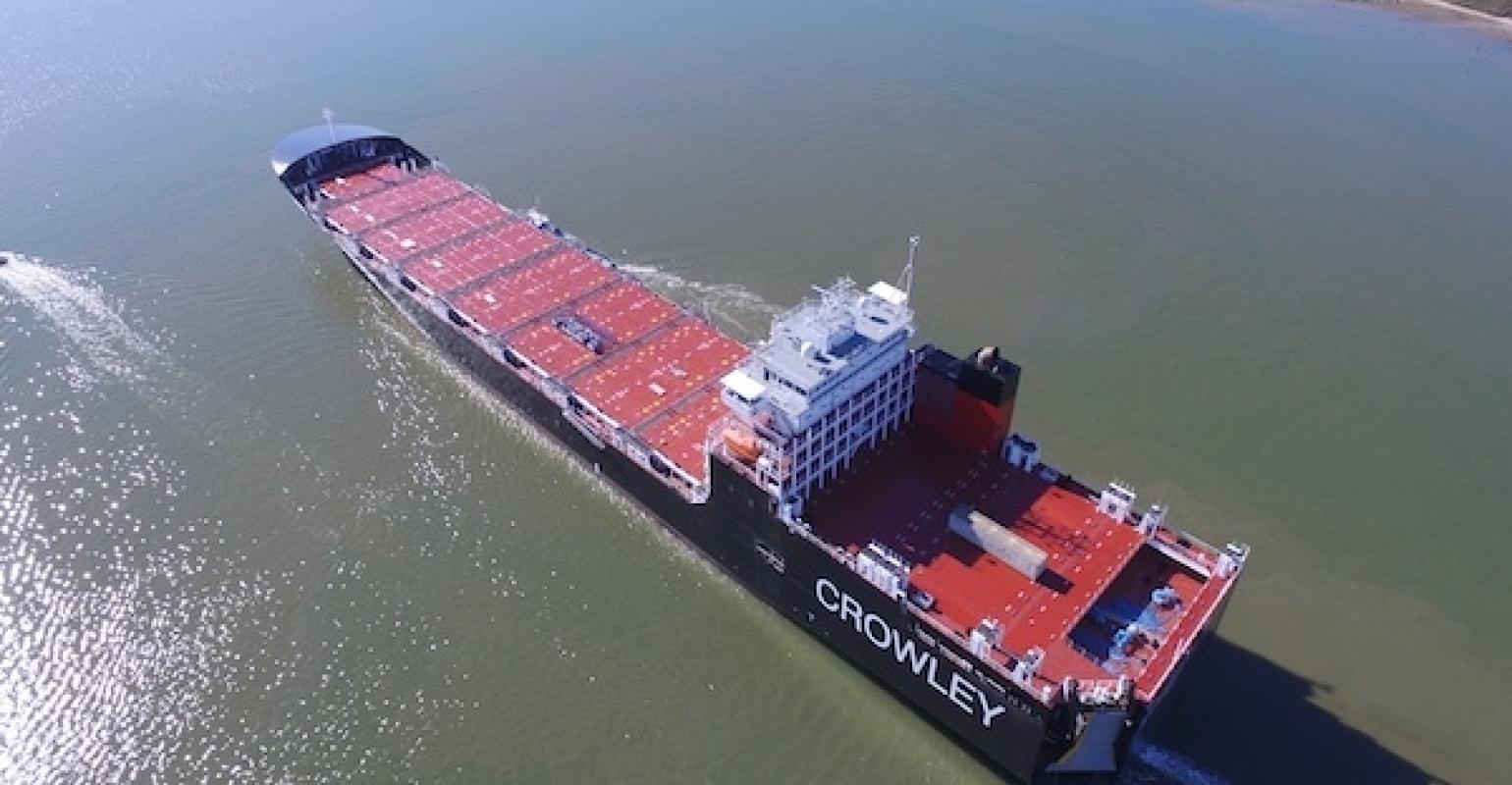 Crowley Maritime Corp. has taken delivery of Taíno its second, of two, combination container/ro-ro (ConRo) ships powered by liquefied natural gas (LNG) from shipbuilder VT Halter Marine in the US.

The Taino will soon join sister ship El Coquí, which was delivered in July in serving the route between Jacksonville, Fla., and San Juan, Puerto Rico.

It marks the final chapter in construction of Crowley’s $550m investment in the two newly built, Commitment Class ships and associated port upgrades. The resulting ships and port facilities have elevated the company’s Puerto Rico supply chain services to world-class standards as a new era begins in the company’s longtime logistics services for the island.

Taíno, like El Coquí, will be operated by Crowley’s global ship management group. She is scheduled to make her maiden voyage to San Juan on January 8, from her dedicated US mainland port in Jacksonville, JAXPORT.

The new Crowley ships, built specifically for the Puerto Rico trade, are 219.5 metres, 26,500 dwt, and can transport up to 2,400 teu at a cruising speed of 22 knots. A wide range of container sizes and types can be accommodated, including 53-foot by 102-inch-wide, high-capacity containers, up to 300 refrigerated containers, and a mix of about 400 cars and larger vehicles in the enclosed and ventilated ro-ro decks.

“From a business standpoint, Taíno and El Coquí are key components of our integrated logistics offerings that are bringing speed to market and creating a competitive advantage for our customers in Puerto Rico and the Caribbean,” Crowley said. “With our own vessels and proprietary transportation and distribution network, we’re reducing friction and complexity while increasing the velocity of customers’ goods moving to market and reducing their landed costs.”

Fueling the ships with LNG reduces emissions significantly, including a 100% reduction in sulphur oxide (SOx) and particulate matter (PM); a 92% reduction in nitrogen oxide (NOx); and a reduction of carbon dioxide (CO2) of more than 35% per container, compared with current fossil fuels. Working with Eagle LNG Partners, the ships are bunkered from a shoreside fuel depot at JAXPORT.