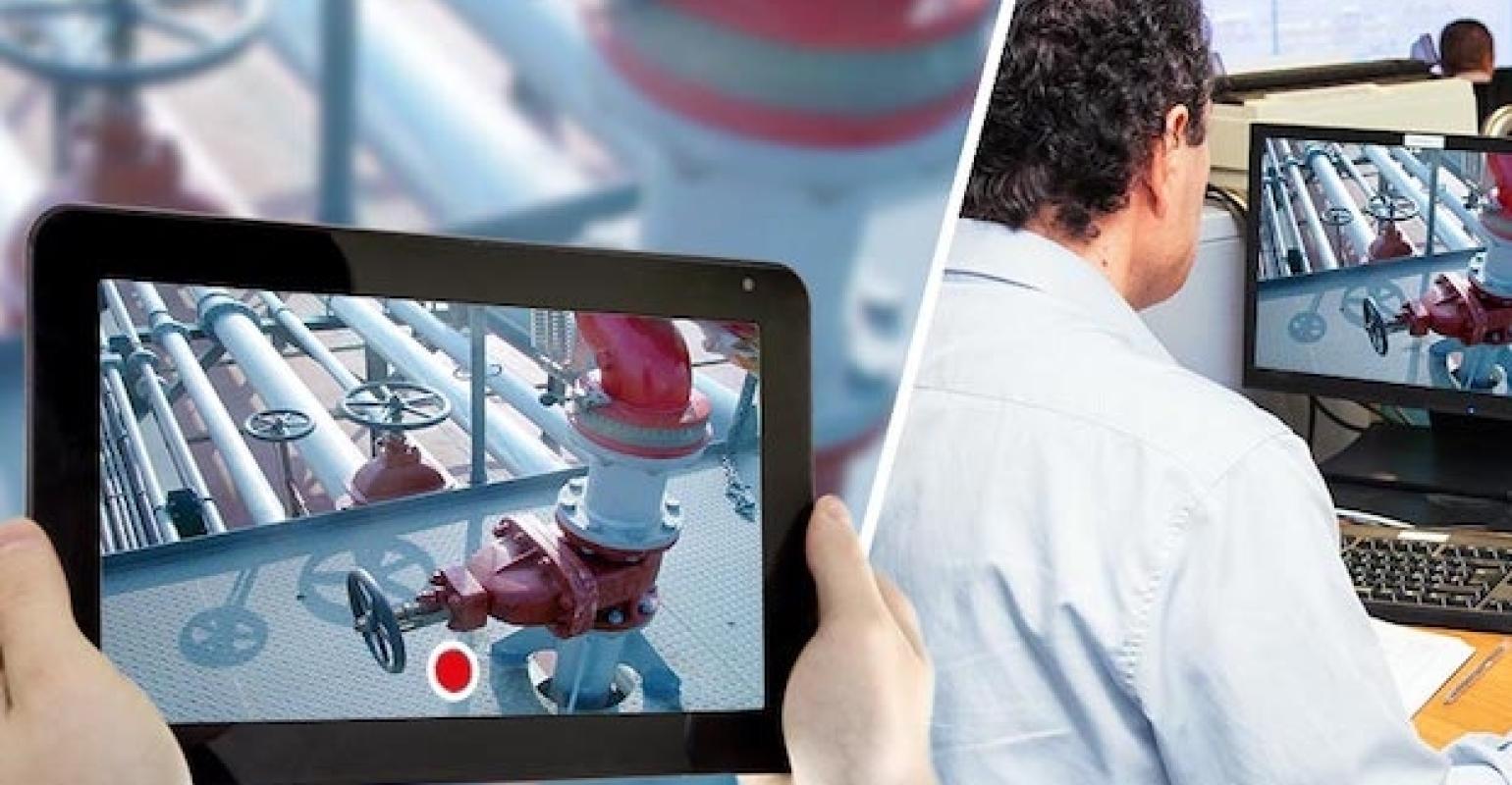 DNV GL announced that the classification society’s classed vessels are now able to utilise remote surveys for some inspections through its Veracity data platform.

For a range of surveys, a DNV GL surveyor will not need to travel to the vessel. Instead, by using an online connection of video streaming link, remote surveyors can provide support to vessels anywhere in the world with documentation, images, video (streaming or recordings), and input provided by the customer and crew.

“This is another big step forward in using the power of digitalization and increased connectivity to deliver smarter and more efficient services,” said Knut Ørbeck-Nilssen, ceo of DNV GL – Maritime.

“Remote surveys allow us to free up time for our customers, while delivering our services with unparalleled response time. In addition, cutting down on unnecessary travel can result in lower costs, less waiting, and more operational up-time,” he said.

More than 1,000 remote surveys were completed in the pilot and scaling up phase by the Direct Access to Technical Experts (DATE) units based in the Maritime Operational Centre in Høvik, Norway, alongside units in Hamburg, Singapore, Houston and Piraeus. Technology testing began in 2017, with the first production pilots in June 2018, and now the entire DNV GL fleet is able to take advantage of the service.

The Scorpio Group was one of the first remote survey users. Scorpio Group managing director Francesco Bellusci said: “Now we can apply DNV GL’s competence wherever we are, while also involving our own expertise in the process. Remote surveying makes both the process and the expertise mobile.”

The types of surveys able to be offered as remote surveys include occasional surveys that fall between periodical surveys, documentation-based surveys, testing and witnessing systems during normal operation, and surveys not ordered together with annual surveys.