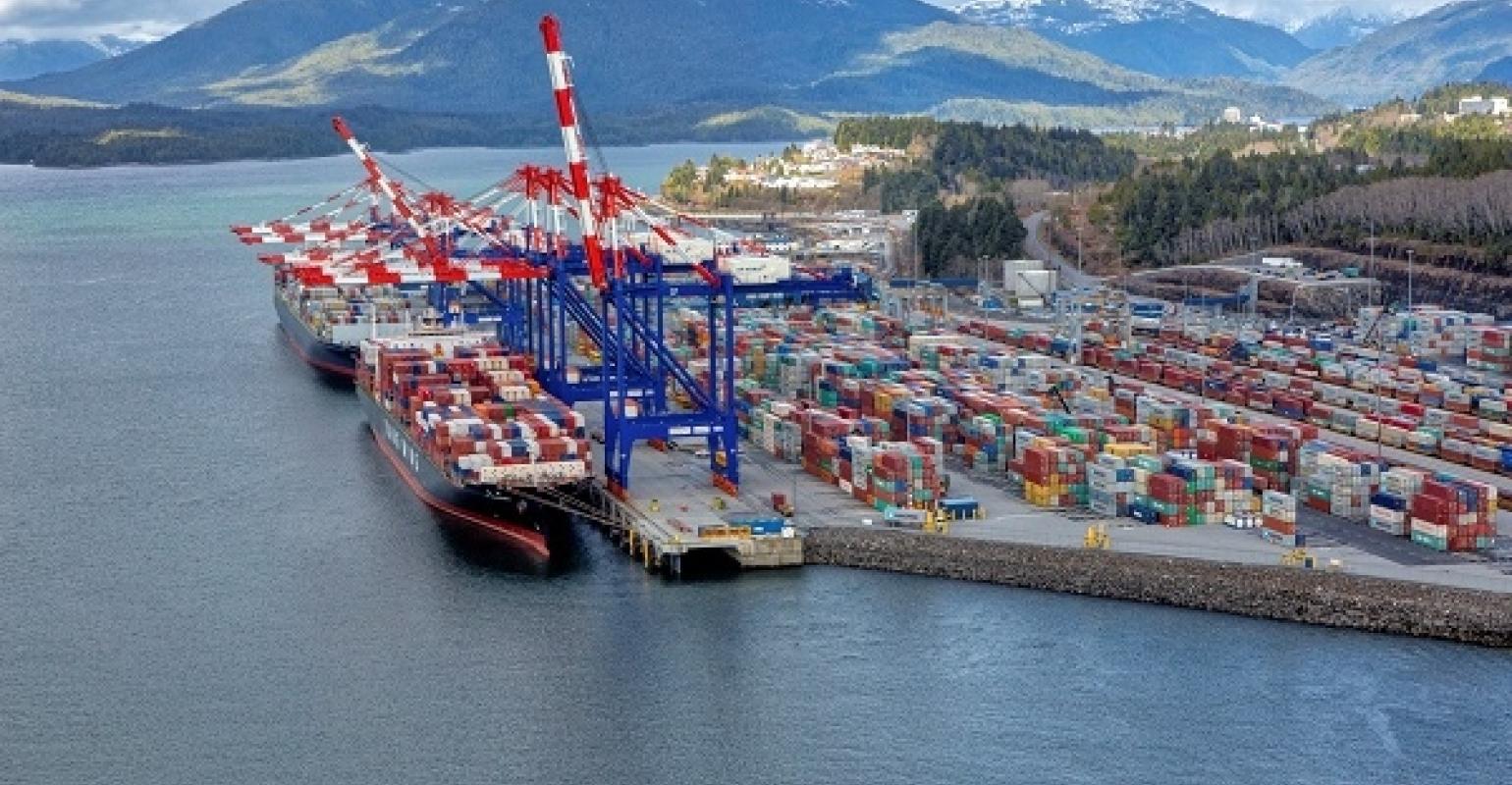 DP World is expanding its facilities at the DP World Prince Rupert Fairview Container Terminal after agreeing with the Port of Prince Rupert on the terms of a project development plan that outlines the next phase of expansion at the terminal.

The Phase 2B expansion will increase annual throughput capacity at Canada’s second largest container terminal to 1.8m teu when complete in 2022, the global port operator said in a press release.

DP World Group chairman and ceo, Sultan Ahmed Bin Sulayem, said: “Canada is an important part of our global network and we are delighted to confirm these plans, which underline our commitment to Prince Rupert, which plays a major role in enabling trade in the region and across the west coast with rail connections inland to the rest of the country and the United States. It also demonstrates the excellent relationships built with the port authority and the confidence we both share in the future and the creation of jobs in the community, stimulating the local and regional economy. I would like to thank all our partners and people at Prince Rupert for their commitment and ongoing support.”

No financial details were disclosed. DP World had reportedly spent $200m on the earlier Fairview Phase 2A project.

The Fairview Phase 2B project follows the 2017 completion of Fairview Phase 2A, which increased the terminal’s capacity by 500,000 teu to its current capacity of 1.35m teu. Construction on Phase 2B will begin in mid-2019. There will be an initial gradual release of capacity to 1.6m teu in 2020 following the completed expansion of the container yard to the south.

Port of Prince Rupert board chair Bud Smith said: “The execution of this agreement signifies DP World’s commitment to enabling Canadian trade with another significant investment that will bring a total of 1m additional teu of container capacity to the Port of Prince Rupert in less than five years. This project will provide critical trade-enabling infrastructure for Canada’s west coast, a timely response to forecasted growth in trans-Pacific trade and supportive of Canada’s efforts to diversify markets through new free trade agreements such as the CPTPP.”

The project will expand the container yard from its current 32 hectares to 41 hectares and add two new rubber-tired gantry (RTG) cranes as well as an eighth dock gantry crane. The existing maintenance and administration buildings will be relocated to create additional container storage capacity.

Expansion and relocation of the truck gate to the south end of the terminal, where it will connect with the Fairview – Ridley Connector project being advanced by the Port of Prince Rupert, will also improve efficiency. The Phase 2B project will further expand on-dock rail capacity with the addition of 6,680 feet of working track, for a total of 24,680 feet of on-dock rail by 2022.

CN interim president and ceo JJ Ruest, said: “Together with our supply chain partners, this expansion, combined with CN’s investments in BC and across its rail network, positions us to drive this unique trade gateway success story forward.”