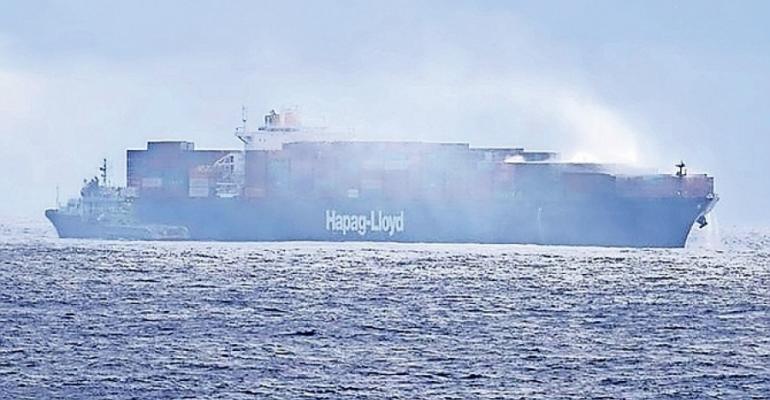 The Yantian Express is expected to to start discharging undamaged containers in the port of Halifax, Nova Scotia over four and half months after it was hit with cargo fire in the Atlantic while sailing to the Canadian port.

According to Ocean Network Express (ONE), alliance partner of Hapag-Lloyd which owns the vessel, the Yantian Express left Freeport, Bahamas on 15 May and was due to arrive in Halifax on 20 May with cargo operations starting 21 May. The vessel had been in Freeport to unload damaged containers and undergo repairs.

For cargo owners that have arranged Salvage and General Average security containers will be delivered in the usual way and for those boxes requiring passage beyond Halifax ONE said it was working on arrangements.

The Yantian Express suffered a container fire in the Atlantic on 3 January while on a voyage from Colombo to Halifax, Nova Scotia, and the severity of the fire forced the crew to abandon to ship while salvors brought the blaze under control.