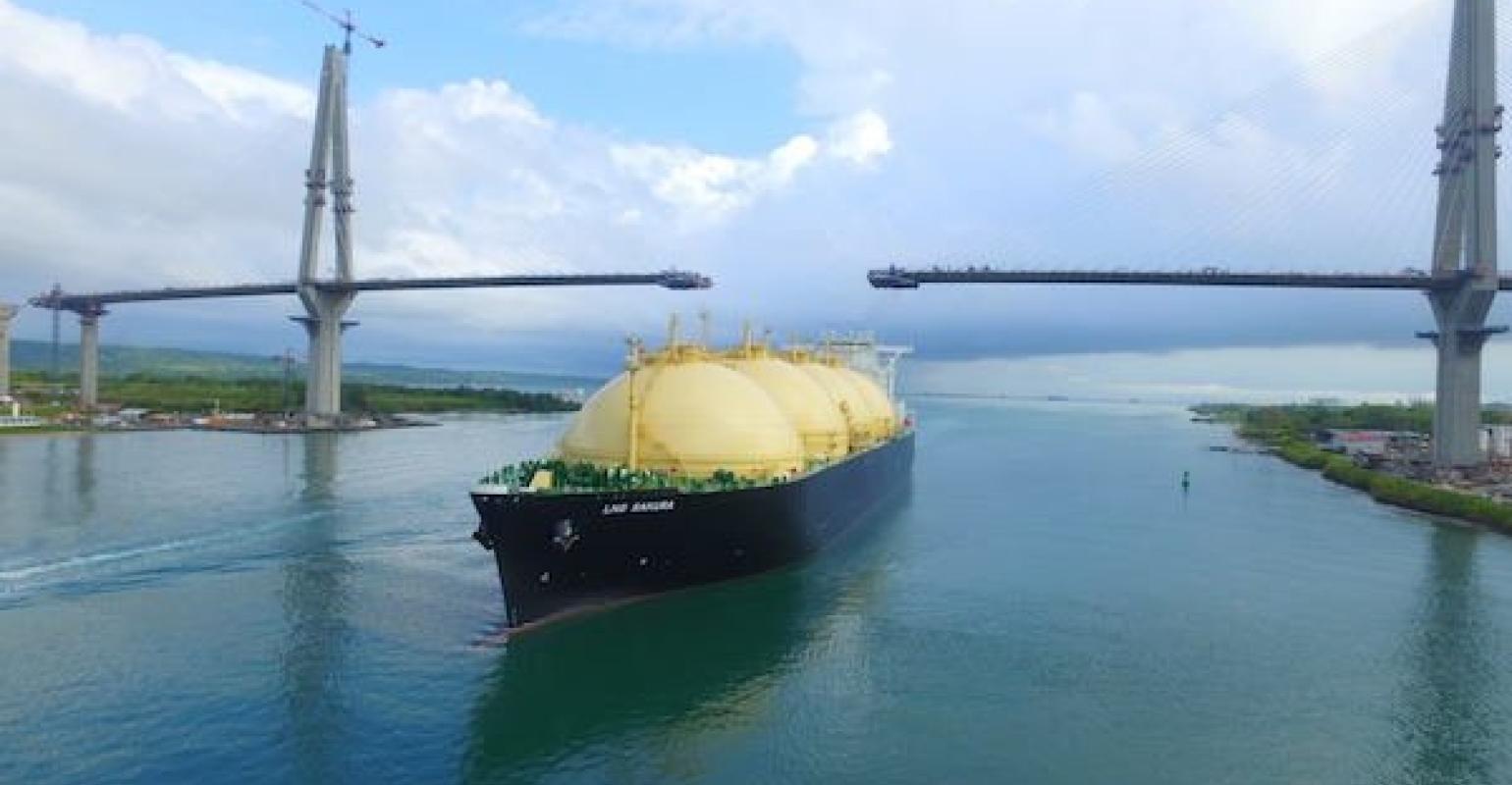 Underscoring changing trade patterns the first-ever liquefied natural gas (LNG) shipment from the Dominion Cove Point terminal in the US to Japan has transited the Panama Canal.

The transit of the LNG Sakura, which occurred last Saturday beginning in the Agua Clara locks on the Panama Canal Atlantic side, initiated a new LNG commercial route between the US and Asia from the recently inaugurated Dominion Cove Point terminal in Maryland, the second US LNG export terminal to come online after Sabine Pass began operations in 2016.

Dominion Cove Point has two main clients: ST Cove Point, a consortium consisting of Sumitomo Corporation and Tokyo Gas; and Gail Global LNG, a subsidiary of GAIL LTD of India. The LNG Sakura carries the first shipment of the 0.8m tonnes of LNG contracted per year by the Japanese energy company Kansai Electric. The Bahamas-flagged LNG Sakura is a post-panamax vessel, measuring 300 m in length and 49m.  Kansai Electric Power is the majority share owner of the LNG Sakura (70%); NYK Line owns the remaining stake.

The Panama Canal has emerged as an important link in the global LNG supply chain ever since the inauguration of its expanded Canal in 2016, when the waterway began transiting LNG vessels for the first time.

The capacity the Canal offers to LNG shippers exceeds the existing demand: the Panama Canal currently provides seven booking slots to LNG shippers per week – who average 5.5 transits during the same period – and has proven its ability to handle more transits when needed during uncharacteristically high periods of use. Last 17 April, the Canal transited three LNG vessels in one day, representing a first for the waterway.

In FY 2018, the Canal’s LNG traffic is expected to grow by 5% compared to FY 2017, increasing from 163 to approximately 244 transits, for which the Panama Canal stands ready to receive. The Canal has worked closely with industry partners to communicate its willingness to offer shippers additional capacity, commensurate with demand, as is warranted.