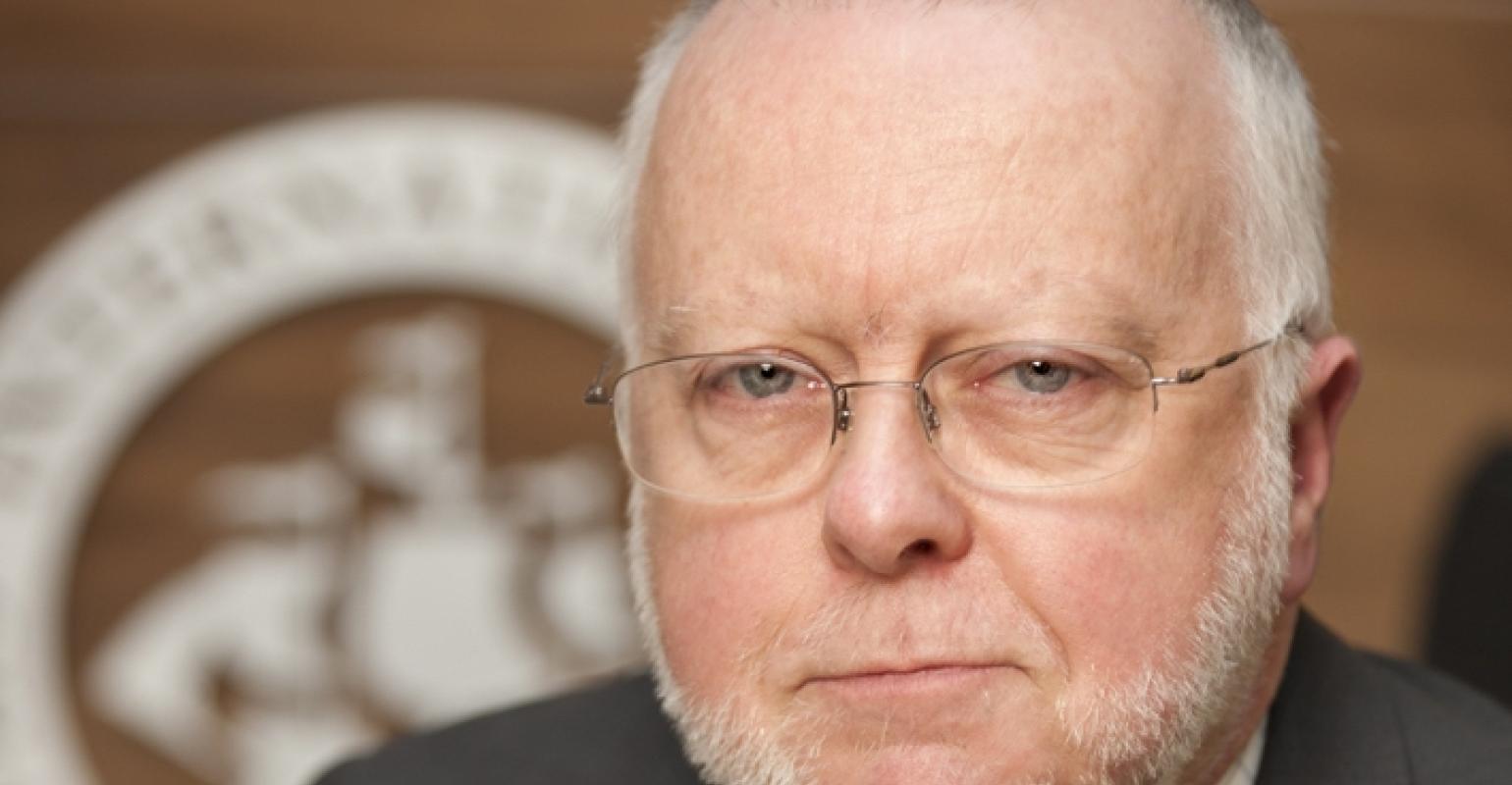 Some 200 senior shipping figures from around the globe attended an evening reception at London’s Somerset House to wish a well-deserved and happy retirement to Peter Hinchliffe, who stood down from his position as secretary general of the International Chamber of Shipping (ICS) over the summer.

ICS chairman Esben Poulsson said the turnout reflected the ‘respect and admiration” in which Hinchliffe was universally held thanks to his “outstanding” years of service as the ICS secretary general, marked by a “grasp of political detail and policy unmatched in the industry.”

Hinchliffe himself paid tribute to the three different ICS chairman he had worked with and four IMO secretary-generals, including incumbent Kitack Lim, who was in attendance. He also thanked his peerless secretariat team for their tireless professionalism.

The ICS and its supporters could “look to a bright future” under his successor Guy Platten, formerly with the UK Chamber of Shipping, he said, all the while cautioning that “there is still much to be done to shape the future of shipping.”

Hinchliffe ended by acknowledging that keeping his hand on the tiller of the ICS had been “even more demanding’ than his earlier time in command at sea during his first career in the Royal Navy, but “ultimately more satisfying.” For this he thanked everyone in the room, plus many more throughout the industry, for their kind advice and support.