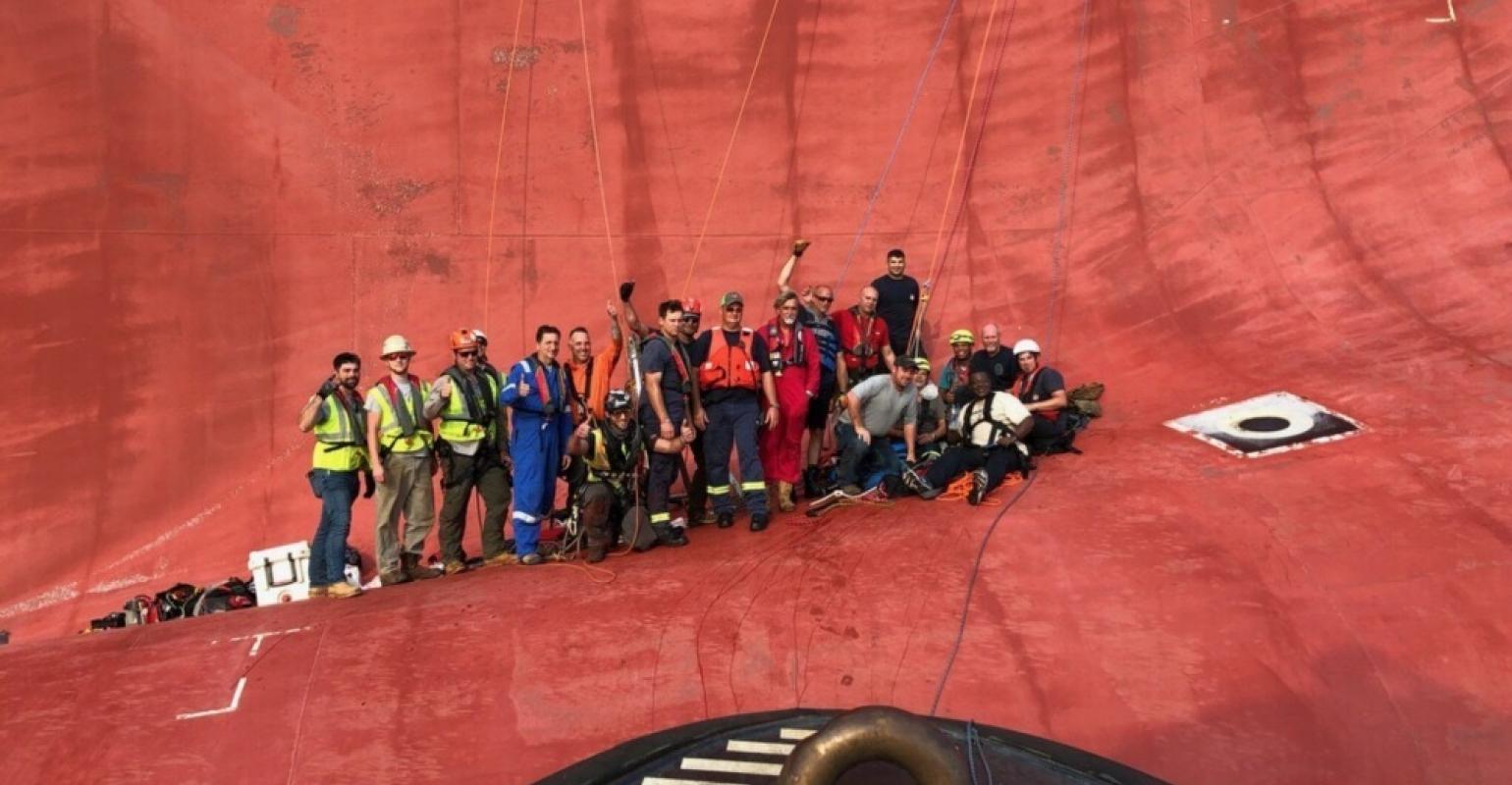 The four seafarers trapped inside the capsized Glovis Shipping car carrier Golden Ray have been rescued.

The US Coast Guard (USCG) and salvage teams were able to locate and rescue four crew members missing from the Golden Ray which capsized in St. Simons Sound near Brunswick, Georgia, on Sunday.

The USCG said that salvage crews were transported to the stricken vessel at 8-22am local time on Monday and by 1pm it was confirmed that the four missing seafarers were alive and trapped inside the car carrier. Three of the crew members were safely rescued from the upturned hull at around 3pm, while the fourth and final member of the crew was extracted safely at 5-50pm.

The other 20 personnel on the vessel had been safely rescued by the USCG and its partners on Sunday after the Golden Ray capsized.

“The Coast Guard has shifted operations completely to environmental protection, removing the vessel safely and resuming commerce,” the USCG said.