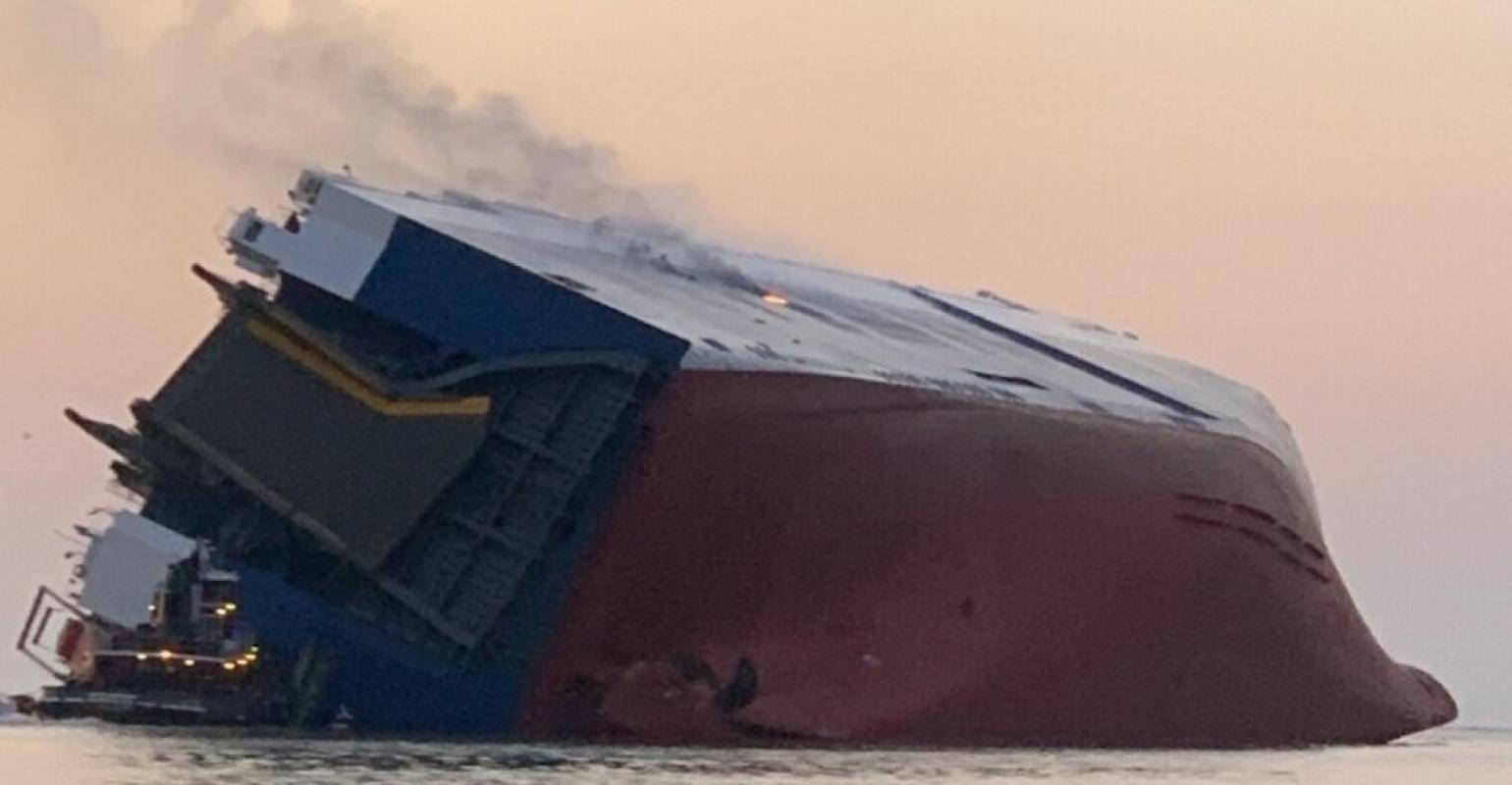 Image: USCG
Four are missing after the Glovis Shipping car carrier Golden Ray capsized and caught fire off Brunswick Georgia in the US.

The US Coast Guard (USCG) said that at around 2am on Sunday they were notified that the 71,189 gt, 2017-built car carrier Golden Ray had capsized.

Rescue operations were mounted and 20 of the 24 on board the vessel were rescued by the USCG, but four remain unaccounted for. The Golden Ray had a crew of 23 and a pilot on on board when it capsized.

The vessel is listing in the St Simons Sound and pictures from the USCG showed fire had broken out on the vessel.

“The vessel’s master and chief engineer are assisting authorities and salvage teams to develop plans to stabilize the vessel and continue rescue efforts,” the USCG said.

The Port of Brunswick Captain of the Port (COTP) established an emergency safety zone in St Simons Sound around the stricken vessel.

The USCG said the incident was under investigation.