Game changers - obsession with optimisation or autonomy is the real story? 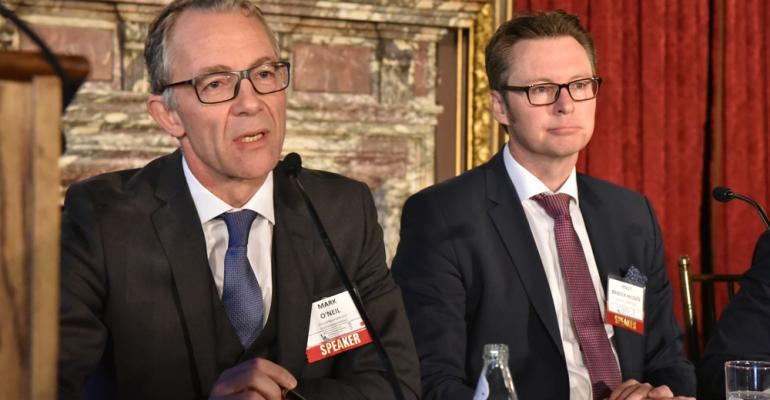 So what are the game changers for the maritime industry as shipping faces up to digitalisation and the 0.5% sulphur cap.

On fuel matters, Berglund reiterated his previously expressed disdain for scrubbers and noted the salutary effects on effective fleet supply from burning 0.5% (or less) fuels- saying “Speeds would slow down” if owners were faced with purchasing more expensive low sulphur fuels.

O’Neill broke the discussion wide open, when the subject turned to computer bits and bytes, telling the packed meeting room that “Optimisation of all processes,” with concomitant reduction in operating expenses, should be the goals, “and not simply digitalisation” by itself. He suggested that the real game changer is optimisation, and opining that “Those who don’t optimise will find it difficult to compete,” in a world of Amazon and Alibaba-like vertical structures. He called for an “Obsession with optimization.”

Berglund, from Pacific Basin, chimed in, noting a gradual path towards automation, with attention to optimizing fuel consumption. Ørbeck-Nilssen, from DNV GL opined that: “The real story is autonomy,” and that automation could lead to reduced crewing needs and “opex savings”.

The “Game Changer” panel resonated throughout the entire day. On a banking panel, later in the morning, Citibank’s Michael Parker said that bankers were now financing an industry that is “catching up” with mainstream trends, such as environmentalism, and that financiers must look much more closely at the regulatory side of the business with capital going toward “…financing an environmentally compliant industry.”

In his lunchtime remarks, former Teekay ceo Peter Evensen expressed the view that “shipping is a late adopter of innovation” and that those wanting to innovate need to ask the question of “Why not.” He used examples of financial innovation, such as partnership structures, later emulated by others, that he brought to Teekay to make his point, he said that his response was to always innovate and encouraging colleagues to embrace change. “The game is indeed changing; disrupters are coming to shipping,” he concluded.