From influencer to innovator? Solutions to kickstart US shortsea shipping 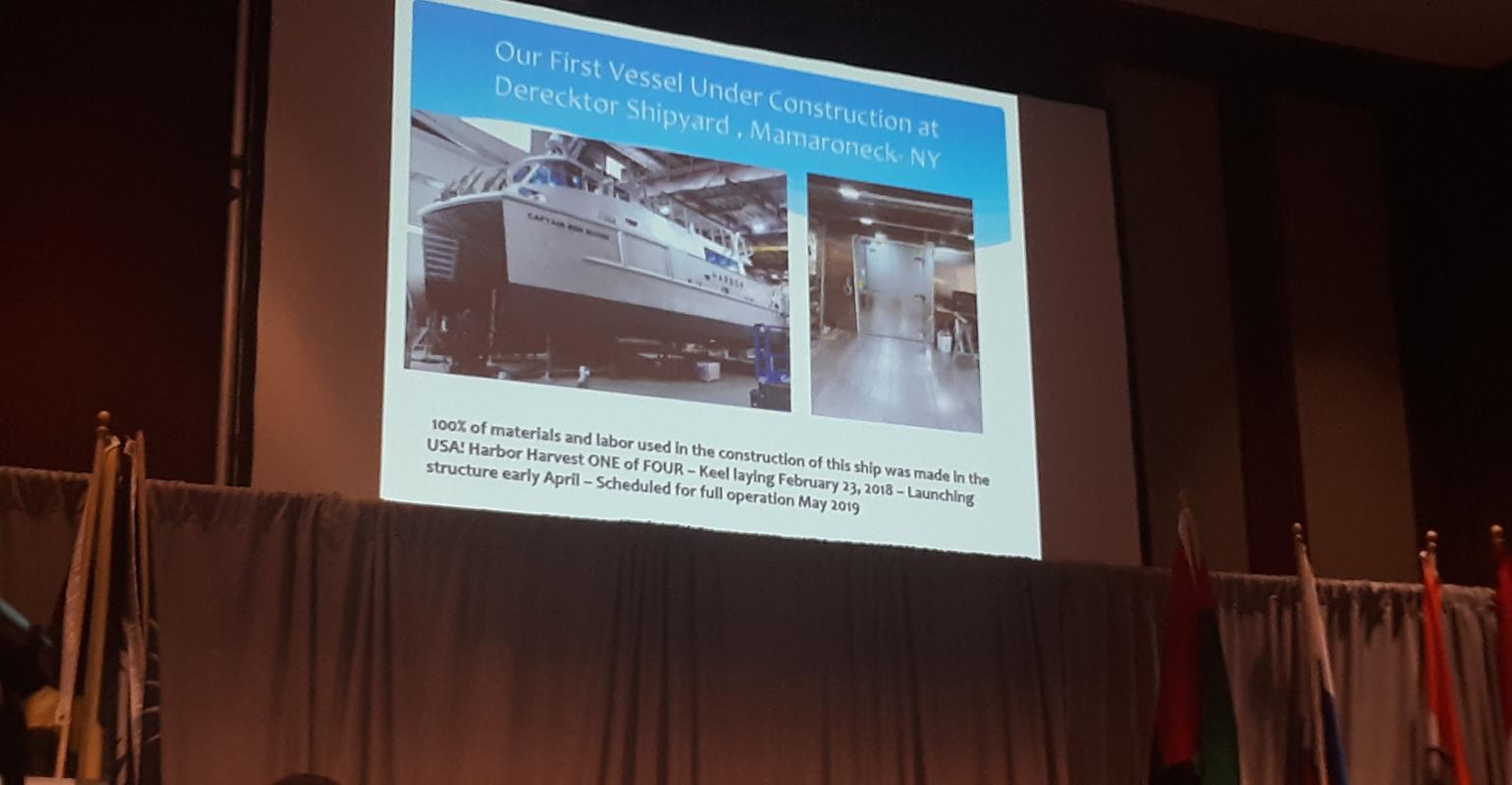 Shortsea shipping has never really taken off in the US but the disruption caused to logistics by the likes of Amazon a new opportunity is being seen for palletized cargo transport within the States for last mile delivery of both consumer and industrial products.

Speaking the recent CMA Conference in Connecticut two influencers, Capt John Konrad, best known for the gCaptain website, and Capt Robert Kunkel, a well-known shipbuilding expert, in the shortsea shipping space were able to explain what has failed to work in the US context since the early 2000’s - when the US Maritime Administration first sought to promote the concept. More importantly, they were able to describe their solutions.

For Bob Kunkel, it is the first vessel in the Harbor Harvest concept, a small battery hybrid catamaran that will be launched at the Derektor Shipyard, on Long Island Sound, in mid-April, and will begin its service crossing Long Island Sound (between Norwalk, Connecticut and Huntington, New York) in early May.

With a capacity of 12,000 lbs of palletized cargo (half refrigerated), the project benefits from changes in the ability for Federal grants tied to Marine Highways to include palletized cargo, not just containers and trailers. He says, “such vessels will supply IMO requirements for GHG out to 2050, and beyond.” Containerisation began in 1956, the same year as the Interstate Highway system was launched in the US. Both of these developments led to what Kunkel described as a love affair between America and trucks. Fast forward to the present- both presenters discussed the urgency of a look back to the days of general cargo. For both presenters, it’s all about pallets- at a time that “trucks have overburdened the highways” in Kunkel’s words. He said that past efforts to run barges in parallel with interstate road highways has been a big mistake, with trucking’s massive scale.

For John Konrad, a maritime professional with an innovative streak, it is gShips a project where pallets (not full boxes) would be loaded onto smaller vessels fitted with ramps that are similar to landing craft. Importantly, they could use existing boat ramps rather than larger municipal piers for cargo operations. “Amazon does not want full containers,” he says.

With a potential Fortune 100 customer lined up, along with funding, he was imploring conference attendees, that “We need support from the maritime business.” Konrad mentioned distribution projects now emerging in the New York area - with distribution centers around the Brooklyn Navy Yard and, in the proposal stage - at the Hunts Point market, a massive food distribution hub, presently served by surface transportation, in the Bronx- not far from Yankee Stadium.

Shortsea shipping has been stymied for other reasons besides the economics, which, besides the cheap highways, also stem from the high prices of Jones Act qualified vessels. These include municipal authorities’ red tape, or organized labuor- created roadblocks, which have bedeviled efforts to create barge services between container hubs in Newark/ Elizabeth and southern Connecticut.

But as the presentations wrapped up, Kunkel dropped a bombshell- suggesting an effort, already on the drawing boards in the event that such difficulties impede market presentation, to move forward with what he called “an aircraft carrier”- a maritime warehouse anchored in a harbour, to support deliveries of goods by drones.