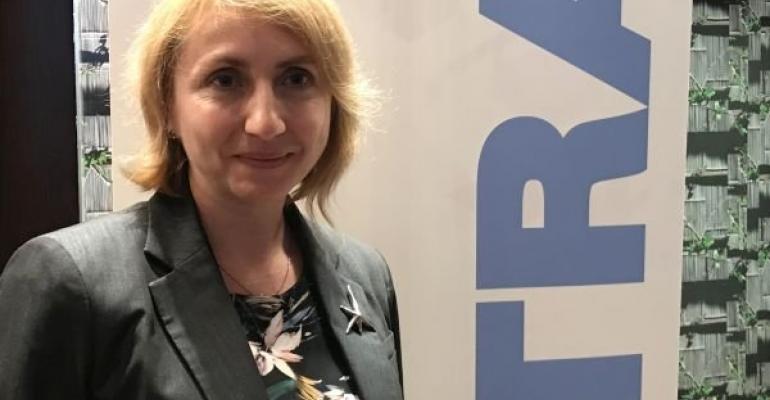 Aptly named CONNECT, the initiative is an arrangement for the carrier industry’s relevant parties to work together to develop standards and define common rules, according to Inna Kuznetsova, president and coo of INTTRA.

“Some companies will be interested in API standards, others may want to do Bill of Lading standards. And when you have the critical mass of say five to six companies, we can start a group for that particular standard,” Kuznetsova told Seatrade Maritime News.

“Each participant will assign at least one specialist to contribute in defining the standards. And when the group believes that they have agreed on a set of rules, they will present it to a steering committee which meets once a month. Once the standards have the go-ahead, they will be freely accessible to everybody in the industry,” she explained.

In the absence of standards, the industry is currently going through pains such as container visibility tracking, getting space on ships, trade lane overcapacity, ghost bookings and so forth, Kuznetsova noted.

The “real problem” lies in poor standardisation of systems, data and processes, and lack of connectivity of all participants in an open and neutral network.

“The industry needs to come together to set standards for the free flow of data across the maritime ecosystem,” she urged. “Standards need to be set by the industry itself rather than having to wait for the regulators.”

Kuznetsova believed that CONNECT is an initiative that is neutral and allows equal access to everybody.

According to a survey conducted at INTTRA Asia Technology Summit on Tuesday, 91% of attendees surveyed said the creation of agreed standards and protocols is essential. The summit was attended by approximately 200 attendees with 70% representing C-level in ocean logistics, and 30% representing technology and logistics experts. By company, 42% were freight forwarders and BCOs, 41% technology companies and 17% carriers.

The industry needs to develop standards across a range of areas including APIs, EDI, real-time container status, documentation transmission, IoT data, and blockchain connectivity. Another survey question saw EDI and API scored the highest with 52% of respondents saying those standards will help shipping the most. The need for Blockchain standards gathered the lowest score on 8%.

The attendees were also asked about the scale of digitalisation of their businesses, and 71% are well on their way to full digitalisation and 13% are close to finishing.

“While a significant percentage of respondents indicate that a good portion of their businesses are now digitalised, much work still needs to be done around standards for API and EDI, electronic Bill of Lading and other aspects around interoperability,” Kuznetsova said.

“There is demand for better solutions, including real-time container visibility, management of rates changes, reducing no-shows and improving asset utilisation,” she added.

Meanwhile INTTRA announced that its Rates pilot program, announced earlier this year, has been launched on schedule, with 11 freight forwarders participating in the pilot. The plan is to launch a fully digitalised rates solution in the first half of 2019.

INTTRA stated that the current system for managing rates and rate changes is inefficient and error prone, leading to errors in 30-45% of all freight invoices due to the manual nature of today’s rate management processes.