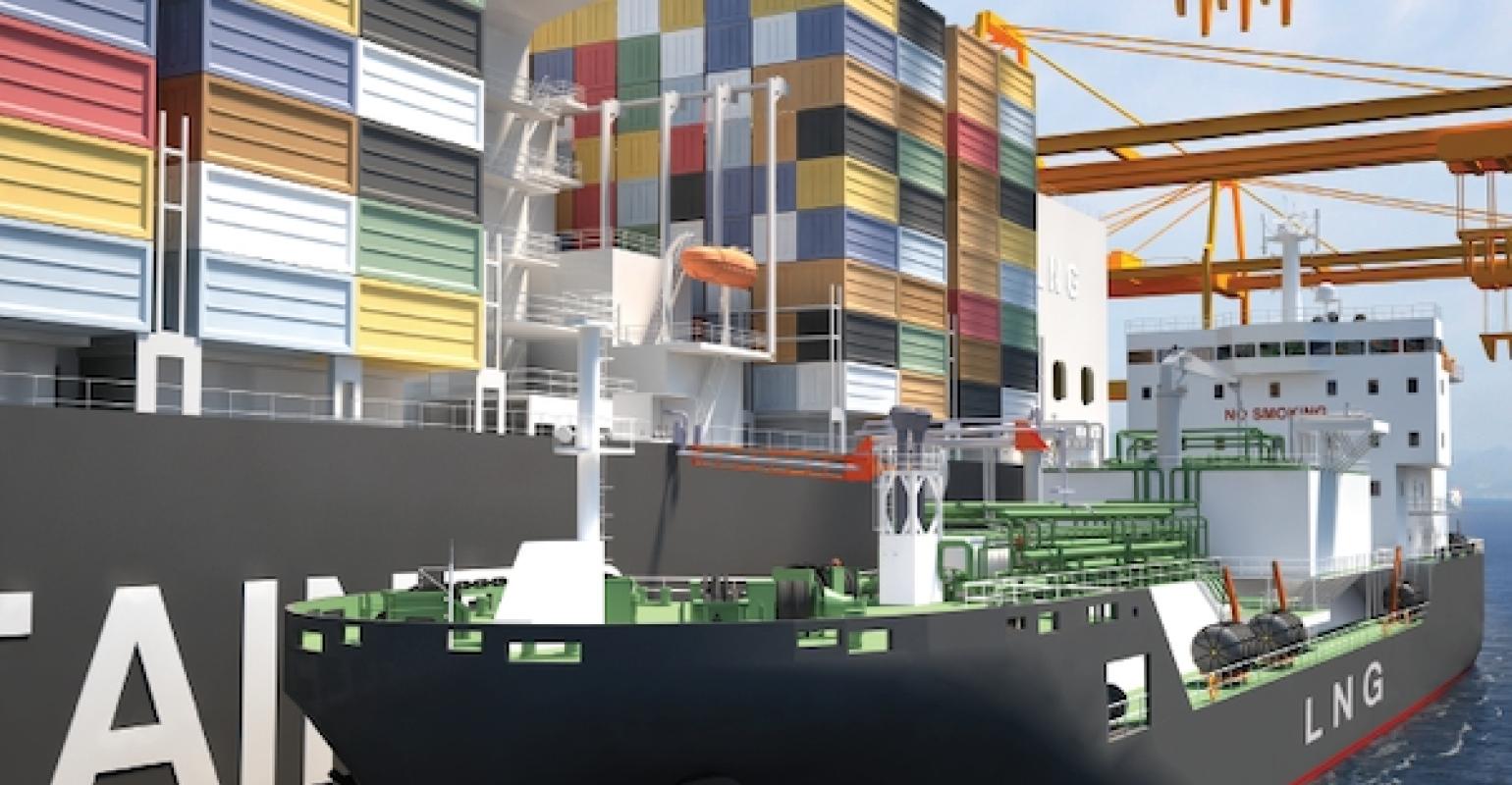 With just about a year left before the enforcement of the IMO 2020 global fuel sulphur cap, the shipping community is now seeing a global phenomenon of LNG bunkering services and infrastructure taking shape.

The use of clean fuel LNG is seen as a viable option to meet the 2020 global 0.5% sulphur cap. The burning of LNG emits zero sulphur oxide and virtually zero particulate matter, and coupled with low cost production, point to LNG as a ‘future-proof’ marine fuel.

Across the globe, stakeholders of the shipping community have over the course of this year announced their respective interests in exploring the setting up of LNG bunkering and the supply chain solution, mostly starting from a smaller scale but with the potential to scale up.

Indeed, if LNG is to secure its place as the choice of fuel, a global LNG bunkering infrastructure will need to be well-established to support the practical use of LNG-fuelled ships on a large scale.

This year to-date, the European region has seen a widening interest amongst the various stakeholders to materialise LNG bunkering. It is not surprising given that Europe is already the frontrunner in the use of LNG to propel vessels, mainly for coastal runs.

Recent estimates said Europe’s LNG bunkering market may exceed $12bn by 2024. At present there are approximately 120 LNG-powered vessels and most of them are operating in Europe and in particular Norway.

LNG bunkering in Europe is currently being developed in various modes such as shore-to-ship, ship-to-ship and truck-to-ship. The first ship-to-shore LNG bunkering station is set to be developed in Germany’s port of Cologne, following the issuance of an official permit for PitPoint.LNG to proceed with civil engineering work. PitPoint.LNG, a joint venture between PitPoint Clean Fuels and Primagaz Nederland BV, said the LNG bunkering station is scheduled to be operational by the second quarter of 2019.

In truck-to-ship bunkering, Spain’s energy firm Repsol recently completed its largest operation using 11 LNG trucks at Cartagena port. The receiving vessel was the 15,100-dwt Canada-flagged product tanker Paul A. Desgagnes. Repsol had carried out the LNG bunkering operation in collaboration with Enagas, ESK and the Port Authority of Cartagena.

Elsewhere, France’s Marseille Fos port is preparing to offer LNG bunkering services from the middle of 2019 on an initial smaller scale before further expansion from 2021.

For a start, Fosmax LNG is investing to adapt its Fos Cavaou terminal to receive small LNG refuelling carriers from mid-2019 in a service offering 50 slots a year. Elengy is then planning an extension at the Fos Tonkin terminal to provide 100 loading slots a year for small refuelling vessels from 2021.

For the ARA region, the International Association of Ports and Harbors (IAPH) stated on its website that it expects to grant nine licenses to LNG bunker providers to operate in Rotterdam port by 2020. Six of the licenses are already for regular use in port LNG bunker operations to refuel LNG-powered cruise, cargo, tanker and container vessels, and three licenses will be for bunker vessels operating in the spot market.

The IAPH also expects LNG bunkering operations to grow “exponentially in the next five years”. There are 128 LNG fuel-enabled newbuilds currently under construction, and the majority of those newbuilds are expected to call at European ports, translating to a potential of up to 50 LNG bunker operations a year at France’s Dunkirk port by 2025, as an example.

At Antwerp port, Belgium-based infrastructure group Fluxys has taken over the concession at the port to make LNG available as marine fuel. Fluxys plans to add a permanent LNG bunkering facility by the end of 2019 to complement the existing mobile (truck-to-ship) bunkering service.

The ISO standard stipulates the technological processes and procedures for LNG bunkering, outlines requirements for the design of fuel transfer systems, and determines recommendations for personnel training, reporting and documentation.

Andrey Vasilyev, ceo of Gazpromneft Marine Bunker, said: “Each year, the share of commercial gas-powered vessels will increase, which will require the active development of LNG bunkering infrastructure. The introduction of a new standard in Russia is in fact the starting point for the formation in our country of a new segment of ship bunkering with an environmentally friendly gas-engine fuel.”

The governments and companies of Singapore, Brunei, South Korea and Japan have revealed intentions this year on furthering their interests in LNG bunkering.
Recently, two Singapore-based turnkey service providers and engineering, procurement and construction companies have penned a $50m agreement to develop small-scale LNG bunkering in Southeast Asia.

SSB Cryogenic Services and Global Petro Storage Singapore said they aim to promote transportation, distribution and storage of LNG in small-scale aspect, to locations with limited access of energy sources due to inadequate distribution infrastructure and poor interconnectivity of gas pipelines.

Small-scale supply solutions, via small-scale LNG membrane vessels, satellite hubs and ISO tanks, make them suited to locations where the demand for energy sources is not adequately serviced.

In terms of scale, South Korea is perhaps the forerunner in Asia as the government has announced an initiative to order 140 LNG ships worth KRW1trn ($900m) from the country’s small and mid-sized shipbuilders by 2025. The aim is to boost its ailing shipbuilding industry as well as to promote the production of environmentally-friendly ships and LNG bunkering.

The Korean government is also prepared to pump in KRW2.8trn to develop LNG bunkering infrastructure in conjunction with the construction of those LNG-powered ships.

The cooperation will include the exploration and development of Brunei’s domestic and overseas blocks in the upstream sector, and joint investment in infrastructure for LNG liquefaction/import terminals.

Japan is also starting up ship-to-ship LNG bunkering at the ports of Yokohama and Nagoya, as it works with Singapore for both countries to become hubs for LNG re-fuelling. Last year Japan and Singapore set up a working group to study the feasibility of using LNG-powered car carriers plying the trade between the countries.

In the US, Houston-based Eagle LNG Partners is set to further develop its small-scale LNG bunkering operations after the US Federal Energy Regulatory Commission granted the company their draft environmental impact statement in mid-November.

Eagle LNG said the draft puts it on a clear path to a final investment decision on the Jacksonville Export Project and to continue its success in using small-scale LNG to supply bunkering, as well as providing small-scale LNG cargoes to markets in the Caribbean.

In late-July this year, Eagle LNG opened the Maxville LNG Facility to support its marine fuel depot located in the port of Jacksonville. The marine fuel depot offers LNG bunkering to both domestic and international marine trade routes.

Two memorandums of understanding involving LNG bunkering were signed separately in the UAE and Oman.

The UAE and Southeast Asia are target regions for UAE’s Adnoc Logistics & Services and Japan’s Inpex Corporation in their exploration of LNG bunkering, under an agreement signed last week.

Oman’s port of Sohar is also set to benefit from French oil firm Total’s intention to develop LNG bunkering service, following the signing of a memorandum of understanding between Total and the Omani government in May.

The plan is for Total, together with Shell, to develop several natural gas discoveries located in the Greater Barik area. Total will then tap on the gas resources to develop Oman as a regional LNG bunkering hub with a new small-scale liquefaction plant to be built at Sohar port.