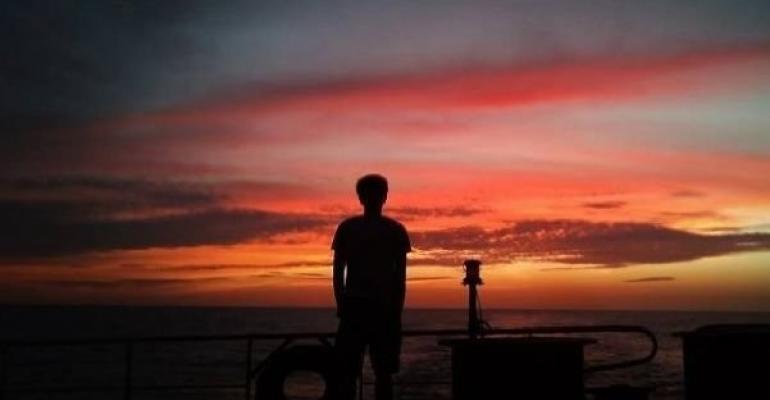 You are the boatswain of a large containership, operating in long-haul routes. You are contracted to a nine-month tour of duty, from which you know there can be no relief. Your fellow ratings are similarly contracted, although the ship’s officers will be relieved every four months.

One can imagine your emotions as you help the departing officers down the gangway with their gear. Morale among your mates will probably not be particularly high as the officers depart for their well-earned leave, knowing that they, the ratings, will not even be half way through their contracts.

The annual review of the Seafarers International Research Centre (SIRC) at Cardiff University notes, in its director’s overview, that “loneliness is one of the most prevalent emotions amongst contemporary seafarers”. Nothing new about that, you might think, stifling a yawn. Indeed, complaints about this problem and all the mental angst and high suicide rates among seafarers have been talked about, researched and been the subject of earnest conferences, for years. And if you drill down, just a little way into the responses of seafarers to survey questions, the issue of “length of tour” invariably comes up.

There was both good and bad news in the SIRC director’s review. It was positive, she noted, that during the period 2011-16, some “forward-thinking companies” had reduced the length of their standard per-voyage contracts. Perhaps they were at last recognising that this was one positive move to a better “work-life balance” – something that people ashore are always banging on about.

The bad news swiftly followed and revealed that a major container line which had previously reduced the length of their ratings contracts to six months were returning to a nine-month norm. Doubtless the number-crunchers, who have been trained from an early age to discount any human consequences of their actions, saw this as a low hanging fruit in their quest to counter the negative effects of their own stupid over-tonnage.

Read more: Isolation and the challenges of crew internet

There would have been no negotiations with trade unions that you might find in more enlightened industries. It would have been take it or leave it, and if you don’t like it, there are plenty more seafarers who will be happy to take these jobs. Savings must be made where they can, and these ones can be made at the stroke of a pen.

Director Helen Sampson observes that “this is bad news for crews living in the shadow of isolation and solitude and it tarnishes the reputation of the global shipping industry”.

Of course it does, but you could argue that it has always been the poor bloody infantry that has carried the burdens, because they are the easiest to push around. You might argue that a nine-month contract is at least a finite length of tour and better than what used to happen when ships went to sea with all hands on two-year articles and a three-month voyage could be doubled or quadrupled, with no notice, to suit the management. But in those bad old days, you had ships adequately manned, with enough people aboard to form a cohesive community and “loneliness” was not something most of us would have recognised. And you were all in the muck together, from the master to the deck boy and the ratings wouldn’t have to see their officers disappearing down the gangway rejoicing, less than half way through their tour.

Hearing about the realities of seafaring today, it tends to make you a bit cynical about all these earnest conferences, mostly involving the welfare organisations, but with their token representatives of shipping companies who will utter encouraging noises about the problems of mental health.

Read more: Seafaring - You don’t have to be mad to work here

The facts were somewhat brutally spelt out a few years ago at a conference on manning by a ship manager who, when commenting on the connection between loneliness, mental health, the length of contracts, lack of shore leave and a generally joyless seaborne life, told his audience that “this was what was on offer”. He was probably being honest, although I seem to recall it was during the IMO “Year of the Seafarer” and it didn’t seem that it was much of an advertisement for the profession.