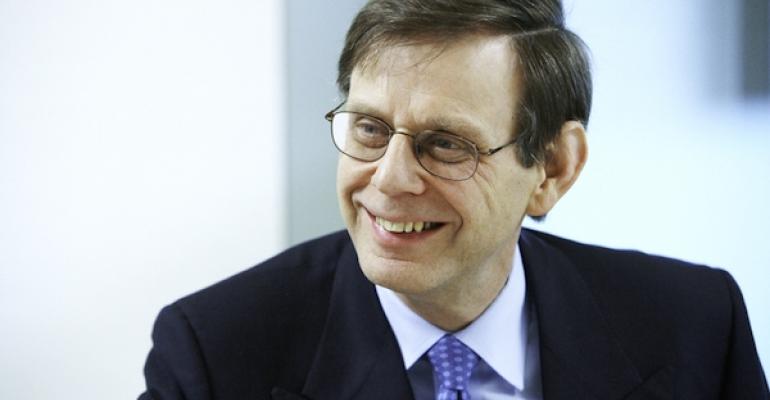 Whilst many people believe that the IMO’s ambition to reduce shipping’s 2050 carbon emissions by at least 50% compared with 2008 levels appears to be an almost impossible target, shipping economist Martin Stopford does not agree.

To put the challenge into context, Stopford said that to achieve the IMO’s aim, the industry would be emitting no more than 470m tonnes of carbon a year by the middle of the century. On the other hand, if trade growth continues at current rates, and nothing is done to limit carbon emissions, the global shipping industry will be emitting 3bn tonnes of carbon by that date.

As an economist, it is no surprise that Stopford comes at the IMO challenge from a different angle. He does not adopt the conventional approach of pinning the reductions mostly on new marine fuels and zero emission ships, although new fuels such as hydrogen, for example, will have an important role to play.

But he focuses on a new approach to shipping business, including innovation in cargo management and ship operation. This, he believes, can now be achieved in the new digital age.

Speaking to journalists in London yesterday, Stopford pointed out that it costs about the same, in real terms, to transport a tonne of cargo today as it did five decades ago. In that time, the world has become accustomed to low freight rates and cheap sea transport. As a result, he believes that more cargo is carried than is really necessary and the rate of growth in world seaborne trade – at an average of about 3.2% a year – is significantly higher than it could be. He suggests that the industry needs to be more discriminating about what is shipped.

Particularly in the bulk trades, cargo carriage is often relatively inefficient, with larger volumes of lower value cargo carried, particularly in the dry bulk sector. There is no measurement of a cargo’s carbon footprint either, so shipping a tonne of iron ore from Brazil to China is significantly more carbon intensive than transporting the same weight of ore from Australia.

However, it is in the operation of ships where significant efficiency gains can be made, Stopford believes. Firstly, economies of scale in ships deployed on shorter routes offer benefits and he cites the move from handy bulk carriers to handymax and now supramax as an example. Speed is another issue: today’s average of about 12 knots could be reduced to 10, with a disproportionate saving in fuel and emissions as a result. Most shippers would be perfectly happy if their cargoes took a little longer to arrive, provided they could track them and be certain of their arrival time, Stopford suggests.

Performance measurement will be a critical factor in achieving sustainable efficiency gains and this should form the basis for bringing together different components in shipping’s supply chain. This, in turn, would lead to improved logistics and a more streamlined distribution network.