New coalition to push for zero carbon emission shipping by 2030 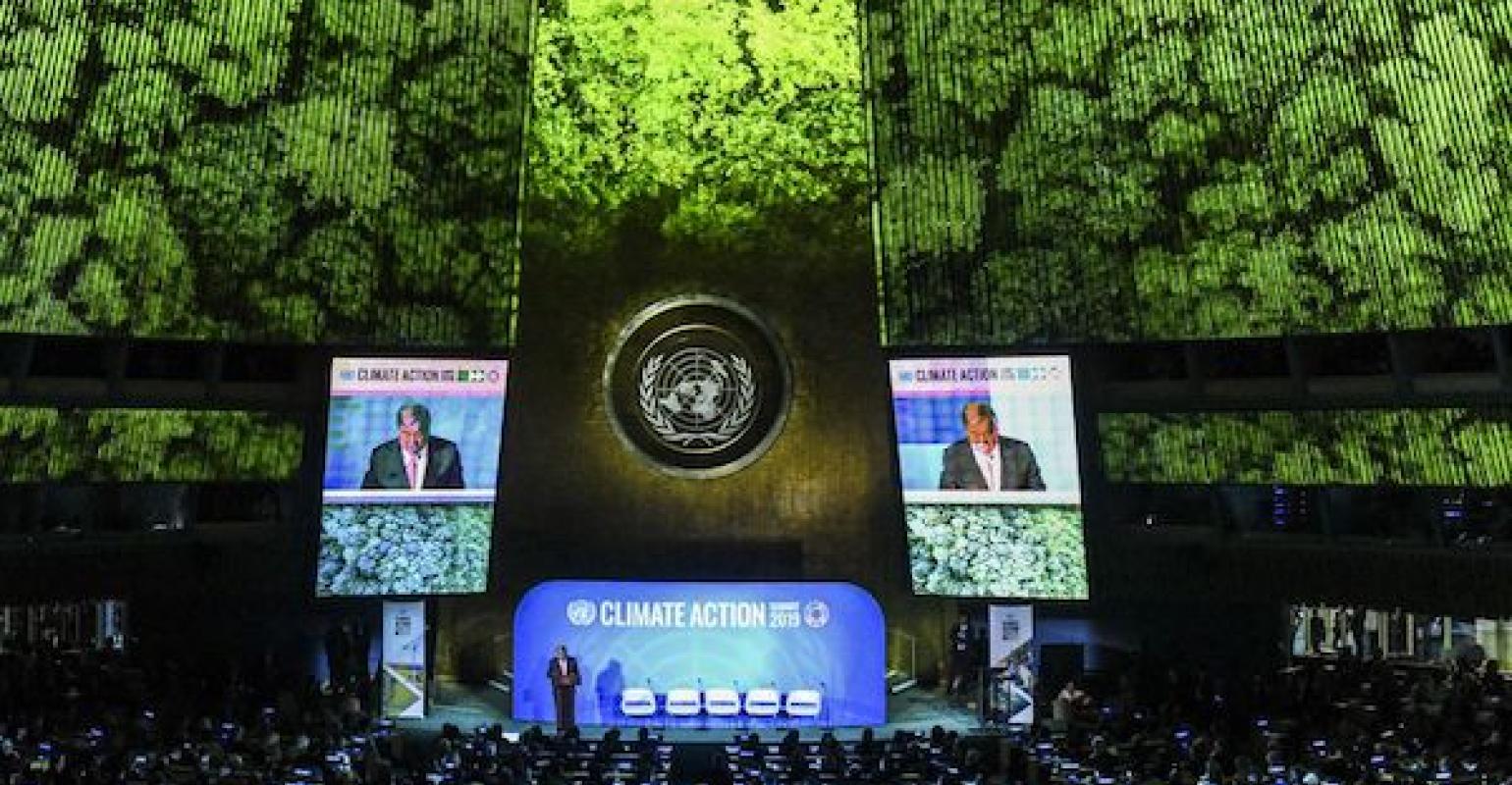 An ambitious goal toward a total decarbonisation of international shipping by 2030 has been announced at the UN Climate Action Summit in New York on Monday, leading to the set up of the ‘Getting to Zero Coalition’ movement.

The Getting to Zero Coalition is considered a powerful alliance representing senior leaders within the maritime, energy, infrastructure and finance sectors, supported by decision-makers from government and IGO.

The ambition of the Coalition is closely aligned with the IMO’s familiar greenhouse gas (GHG) strategy of reducing total GHG emissions by at least 50% of 2008 levels by 2050, whilst pursuing further efforts toward phasing them out in this century.

The latest Getting to Zero Coalition is now reinforcing the same target and making it a reality by getting commercially viable deepsea zero emission vessels to be powered by zero emission fuels by 2030.

“The IMO has sensibly stated that shipping must reduce our CO2 footprint in 2050 by no less than 50% of what it was in 2008 even though cargo volumes would have grown 2.5 times. This can only be achieved if the shipping industry transits to zero CO2 emission vessels,” said Khalid Hashim, managing director of Precious Shipping.

International shipping carries around 80% of global trade and accounts for 2-3% of global GHG emissions annually. Emissions are projected to grow by between 50% and 250% by 2050 if no action is taken.

Søren Skou, ceo of AP Moller Maersk, one of the coalition members, commented: “Energy efficiency has been an important tool which has helped us reduce CO2 emissions per container with 41% over the last decade and position ourselves as a leader 10% ahead of the industry average. However, efficiency measures can only keep shipping emissions stable, not eliminate them. To take the next big step change towards decarbonisation of shipping, a shift in propulsion technologies or a shift to clean fuels is required which implies close collaboration from all parties. The coalition launched today is a crucial vehicle to make this collaboration happen.”

Ben van Beurden, ceo of Royal Dutch Shell, said: “Decarbonising maritime shipping is a huge task with no simple answer, but it has to be done. We intend to be part of the long-term, zero-carbon, solution by seeking out the most feasible technologies that can work at a global scale. Starting now is essential because ships built today will stay on the water for decades.”

A mid-term goal of the Coalition by January 20201 is to deliver a committed community of parties from across the maritime spectrum, have a visible and transformational leadership, create a shared knowledge base, and showcase pilot projects.

Bjarne Foldager, senior vice president, head of two-stroke business at MAN Energy Solutions, said: “In shipping, MAN Energy Solutions has publicly spoken out in favour of a ‘maritime energy transition’ for some time now, which draws on the increased use of low-emission fuels. For us, the path to decarbonising the maritime economy starts with fuel decarbonisation, which will be a natural step toward the development of Zero Emission Vessels.”

Achieving the 2050 target requires immediate action. Ships can be operated for 20 years or more, which means that the ships entering the world fleet around 2030 can be expected to be operational in 2050.

Similarly, infrastructure associated with fuel supply chains can have a long economic life of up to 50 years, and reconfiguration to new fuels can be a length process.

The Getting to Zero Coalition may also prove to be a catalyst for the broader energy transition if international shipping becomes a reliable source of demand for zero emission fuels. This can increase confidence among suppliers and translate into an increased supply of feasible zero emission fuels and thus be an important point of leverage for change across other hard-to-abate sectors.

The Coalition, a partnership between the Global Maritime Forum, the Friends of Ocean Action, and the World Economic Forum, is supported by more than 70 public and private organizations.

The IAPH pointed out that under its World Ports Sustainability Program, the IAPH Clean Marine Fuels Working Group has established practical tools to further innovations in safe bunkering infrastructure for alternative fuels. Its Clean Marine Fuels Audit Tool has already been deployed at some of the world’s largest ports and the next step is to extend the auditing process from LNG to zero carbon fuels such as hydrogen.

“Ambitious ocean initiatives can only be put into practice when genuine action is taken by shipping and ports, together. To help achieving the climate and energy goals, IAPH will do its utmost to support its members in building a critical mass of ports providing safe and commercially viable alternative fuel bunkering infrastructure along the main deep sea trade corridors. To achieve this will require an even closer relationship between ports, energy suppliers, innovators, shipowners and operators,” said IAPH managing director Patrick Verhoeven.