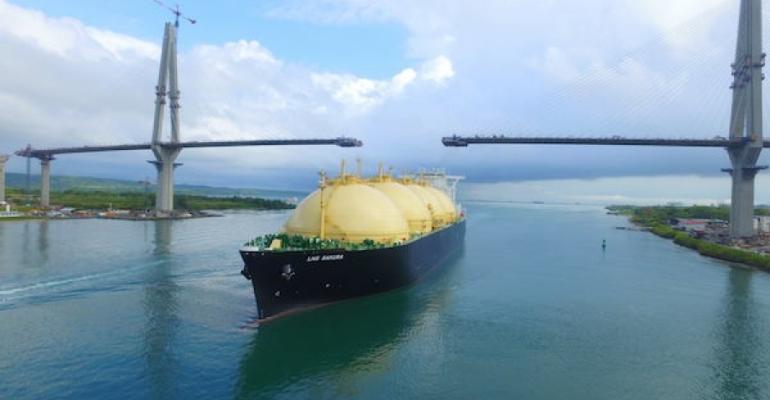 The Panama Canal Authority (ACP) is reducing he maximum draught for the new locks for the third time based on the present and projected levels of Gatun Lake for the following weeks.

Vessels arriving after 13 March 2019, with draughts over 14.33 metres (47.0 feet) TFW may be allowed to transit, depending on the actual level of Gatun Lake at the time of transit. Otherwise, they will be required to trim or off-load cargo in order to be allowed to transit.

The ACP began reducing the maximum draught in early February because of low rainfall registered in the Panama Canal watershed during December 2018, around 90% below the historical average has caused water levels in Gatun and Madden Lakes to drop below the expected. The dry season this year has been one of the driest seasons recorded in a long time.