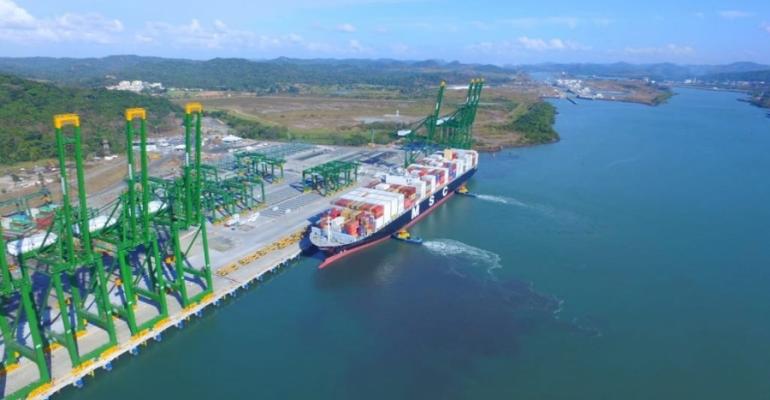 In a tale that proves the adage that the truth can be stranger than fiction last week Panama’s National Assembly repealed the law granting terminal operator PSA’s concession in the country without anybody actually realising it had happened.

A low-profile deputy of Panama’s National Assembly discreetly introduced, in a bill on the sale of liquors in residential area, an article repealing a contract-law agreed in 2015 between the Panama Maritime Authority (AMP) and the PSA-Panama International Terminal for the construction and operation of a $400m, 2m teu container terminal on the east bank of the Panama Canal Pacific entrance.

More disturbing was that the article introduced by Deputy Roberto Ayala, from the opposition Partido Revolucionario Democratico (PRD), went totally unnoticed during the debate about Bill 53 and was approved by the legislative plenary session of 19 April without any reference to the article annulling the contract-Law.

In the Contract-Law, PSA is obliged to develop an investment of not less than $350m worth in four industrial estates of the former Rodman naval base, granted by the AMP for a renewable period of 20 years. In return, the State receives a fixed monthly fee of $ 44,400.73, at a rate of 14 cents per sq m. This royalty will have an annual increase of 5%.

The contract was signed on 28 October 2014 by the then director of the AMP, Roberto Linares and a representative of PSA-Panama International Terminal; it was approved by the Assembly on 28 January 2015. On February 10 of that year, it was sanctioned by President Juan Carlos Varela and became Law 2 of 2015.

PSA-Panama had negotiated and signed its concession agreement in full transparency with the AMP and the Panama Canal Authority and went through the formal approval process to obtain its Contract-Law in the Assembly, where the project was debated at length.  The process was carried out between 2014 and 2015 under two separate governments; first of former President Ricardo Martinelli and then current President Juan Carlos Varela.

PSA-Panama has invested close to $800m, between the original terminal and the now expanded facility and created over 1000 jobs in the construction and currently 500 for the operations of the expanded terminal, and spent three years (May 2015-May 2018) building and investing. PSA-Panama started trial operations 3 April with the first post-Panamax box ship 13,100-teu MSC Renee part of the ANDES service and is ready to open full operations in May this year.

Even though some deputies condemned the article for “being irresponsible”, it remains, nevertheless, that the plenary approved Bill 53 without giving the reading full consideration and with it, giving full backing to the abnormality.

Uproar from the maritime community

When the full text was disclosed, it created uproar in the maritime and trade community, raising again the question of the integrity of the legal security of investments and the damage it would do to Panama’s international image when the country makes all efforts to become a maritime and logistics hub promoting its unique location for transhipment in the Americas.

President Varela has promised on Twitter that he would veto Bill 53 when it arrives at the Executive branch for its sanction.

Jorge Barakat, minister of maritime affairs and administrator of the AMP complained that “Panama, for more than 20 years, has been developing its port facilities in Panama and Colon, through a series of national strategies based on joint work between concessionaires and various state institutions. The AMP strives to attract foreign companies and investments, to continue consolidating our platform of international services and generate more jobs for Panamanians. However, these nefarious actions of some deputies of the National Assembly, endanger these efforts to the detriment of the maritime sector, affecting the creation of decent jobs and the legal security of the country.” “It is indispensable an investigation of these facts by the competent authorities and we must work to promote legal and constitutional mechanisms that avoid repeating these illegitimate actions against the national economy and all Panamanians.”

The Chamber of Commerce, Industries and Agriculture of Panama (CCIAP) said in a statement that it “believes that the cancellation of the Contract-Law for the construction and operation of a container terminal in Rodman by the company PSA Panama International Terminal is a legislative knee jerk reaction that threatens the legal security of investments in the country.” “In the view of the CCIAP, including this type of actions in a bill on the opening of companies and the sale of liquors in residential area sends a message to the national and international community of a lack of legitimacy and commitment on the part of the Panamanian State.”

In order to avoid such actions in the future - a Sword of Damocles hanging over the terminal even after the bill is vetoed the AMP and Jorge Barakat have requested legal changes in the Assembly procedures for protecting the Contract-Laws subscribed by the State.