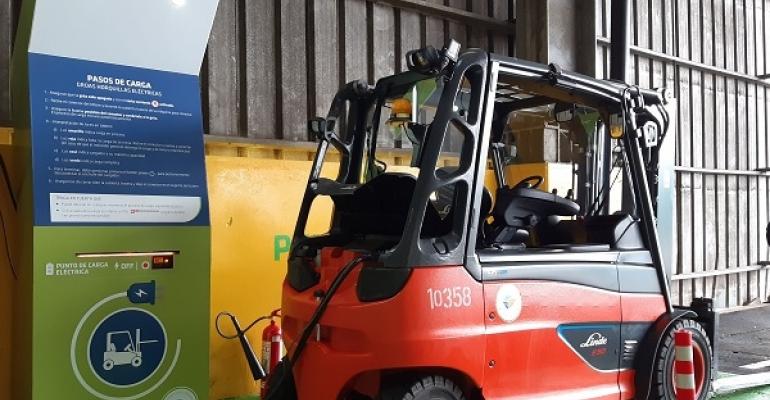 Puerto Coronel has begun the operation of high capacity electric forklift cranes, becoming the first port terminal in Chile to incorporate that equipment.

"We started this year with three cranes. By the end of the year, we hope to duplicate that park, and we will work so that within two or three years 100% of the 5-tonne- cranes are electric. We will test with the 7-tonne-cranes that are coming to the market and possibly incorporate at least during this year," said Javier Anwandter, Puerto Coronel general manager.

"We have to change our current structures to a greener world. This is one more step of a series of actions that we have been taking to reduce emissions,” he added.

In March 2018, the company had announced a $30m-investment to strengthen its infrastructure and acquire two new super post-panamax cranes and the construction of associated infrastructure and in las February, two new STS cranes with electrical supply were added and went on to operate its container dock completely with electric power.

Puerto Coronel, 500 km from the capital Santiago, is located in the centre-south of Chile, a region producing lumber and paper pulp and the second urban and industrial centre of the country. It receives four weekly services to Asia, the Americas and Europe.