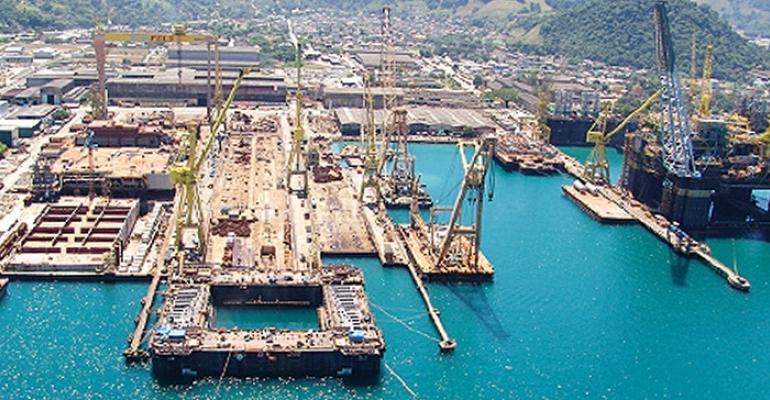 Resolution may finally be in sight for some of the rig newbuildings being constructed for Sete Brasil at Keppel Offshore and Marine and Sembcorp Marine (Sembmarine) on which progress payments stopped in late 2014 and worked stopped on in the following year.

Speaking at Keppel Corp's first quarter results announcement on Thursday ceo Loh Chin Hua said that Sete Brasil had recently called a tender on two semi-submersible rig under construction at BrasFELS in Brazil, as well as two drillships being built by Sembmarine for the Brazilian owner.

A bid has been submitted by Magni Partners, owned by Tor Olav Troim chairman of Borr Drilling, for all four rigs and Keppel has also submitted a bid for the two rigs that were being built at BrasFELS. Asked why it is bidding for its own rigs Loh said: "The bid reflects our confidence in the Brazil market. Moreover, the rigs come with a long-term charter, 10 years, at a charter rate of $299,000 per day. So we see that as an opportunistic bid and also a show of our confidence"

If Magni Parnters emerges as the winning bidder he said, “We have discussed with Magni Partners on the cost of completing the rigs if they win the bid."

“A decision on the award of the tender will be announced at a later date by Sete Brasil, after they have evaluated the bids.”

Magni Partners is an investment and own of two vehicles through which Troim owns his holdings in Borr Drilling. Since its founding in 2016 Borr Drilling has expanded rapidly in the rig owning market through the purchase of distressed assets including newbuildings ordered at Keppel.

Sete Brasil ordered six semi-submersible drilling rigs from Keppel, but progress payments stopped being made in November 2014, and work stopped on them in February the following year. In July 2014 Keppel said the first three of the SSTM 38E designed semi-submersibles drilling rigs was 90%, 63% and 36% completed, respectively. The first two rigs were being built in Keppel’s Brazilian yard Keppel BrasFELS.

Read more: Sembmarine slumps into the red hit by provisions including for Sete Brasil orders

Keppel had received $1.3bn from Sete Brasil before payments stopped in November 2014.

Sete Brasil also had seven drillships on order from Keppel's compatriot builder Sembmarine and payments similarly stopped in November 2014. Four of the seven drillships were between 90% and 50% complete.

The rigs orders formed a very substantial part of the orderbooks of Keppel and Sembmarine and were worth $4.9bn and $4.8bn respectively.