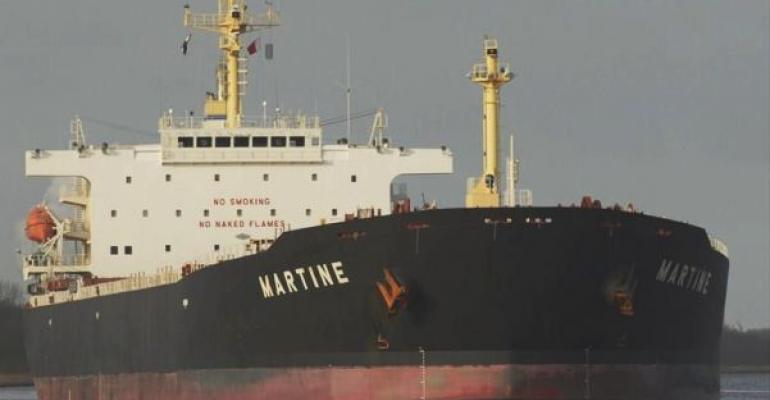 Safe Bulkers has completed the installation of its first scrubber on a post-panamax vessel, following up on its previously announced plan to retrofit scrubbers on close to half of its fleet of 41 bulk carriers.

The retrofitting of the exhaust gas cleaning system is a response by Safe Bulkers to the upcoming IMO regulation that requires ships to burn bunker fuels with a maximum sulphur content of 0.5% starting 1 January 2020.

Safe Bulkers has installed the first scrubber on the 2009-built Martine. The installation of the open-loop scrubber was done concurrently with ballast water treatment system during the scheduled drydocking of the vessel, as part of the vessel’s second special survey at Cosco Guangzhou Shipyard in China.

Read more: Safe Bulkers to install Alfa Laval scrubbers on half its fleet

“The company has scheduled to install 18 additional scrubbers within 2019 and one scrubber in the first quarter of 2020,” Safe Bulkers announced.

The company has an operational fleet of 41 vessels with an average age of 8.5 years and a carrying capacity of 3.78m dwt. The fleet consists of 14 panamaxes, 10 kamsarmaxes, 13 post-panamaxes and four capsizes.