Seaspan's first containership newbuild was half the price of a yacht 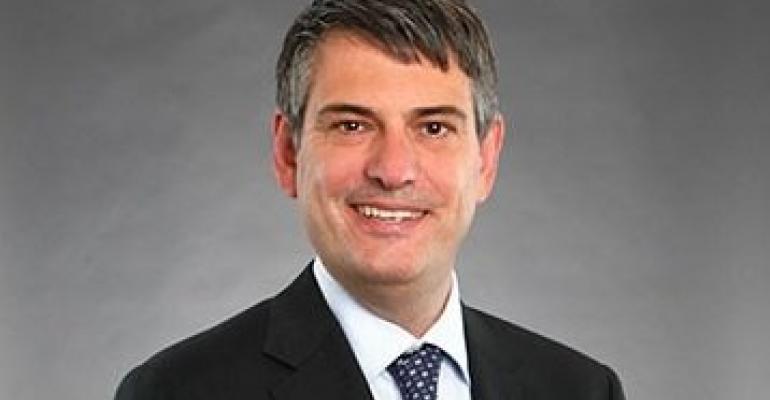 In the space of a few short years from the late 1990’s Seaspan Corporation grew to become one of the world’s largest containership owners, in a candid interview at Marine Money Asia co-founder Graham Porter.

On how he and fellow co-founder Gerry Wang started out at Seaspan, Porter said they bought 75% of the oil services business of Seaspan, which was then a larger group, and a year later they were to find themselves co-owners with the Washington family, which was to lead to persuading industrialist Dennis Washington to invest in containerships.

“In 1999 Gerry decided that China was going to grow and there was chance to order containerships against a Chinese counterparty. No-one had heard of China Shipping at the time, or there had very limited knowledge, and we put together a project and then went to the family and then tried to convince them to but containerships because they had more deep pockets than we had,” Porter explained.

“Dennis (Washington) looked at the price of a containership at Samsung, and looked at it again, and said, ‘Really for that price I can have all of that? I can’t even buy half a yacht for that price.’ So he was convinced.”

It set the ball rolling and Porter said: “We went from 2000 to 2005 and ordered a total of 42 containerships which we sold on. We were very lucky, China was a blessing for us.”

On the successful listing of Seaspan and the difference in being public company Porter explained:

“I remember Mr Washington didn’t want to sell the business but he said ‘If you can get this number you can get the green light’. He probably never thought we could get that number and we essentially priced at 14 times EBITDA when we listed.

“But we also learned and Mr Washington warned that being public it’s no longer your own company and you have to be responsible to shareholders and board members, and you had to change the way you thought and you work. I think there’s a lot of people who want to go public for the money, but it puts a lot of restrictions on you running a shipping company.”

Porter quit Seaspan in 2017 and looking back on what changed with the business he commented:

“We had dominated the market up until about 2015 there wasn’t bid we weren’t within 1% or 2%. We had a couple of competitors that were close to us. In 2015 something changed dramatically and while we were in the last three we suddenly realised we weren’t winning any of the bids, it was really the Japanese and the Chinese leasing houses.”

On tips for young people looking to be successful in shipping investment Porter’s advice was:

“I think shipping is a tougher business than people understand, you need to be a master of the technical side. I was very, very lucky to have partner who understood the technical side of ships. That would be my most strong recommendation if you were interested in this sector, you’ve got to be good friends with people on the technical side of the business. It is very easy to make mistakes in this business and buy wrong the assets. In a down market if you have the wrong asset you will suffer.”