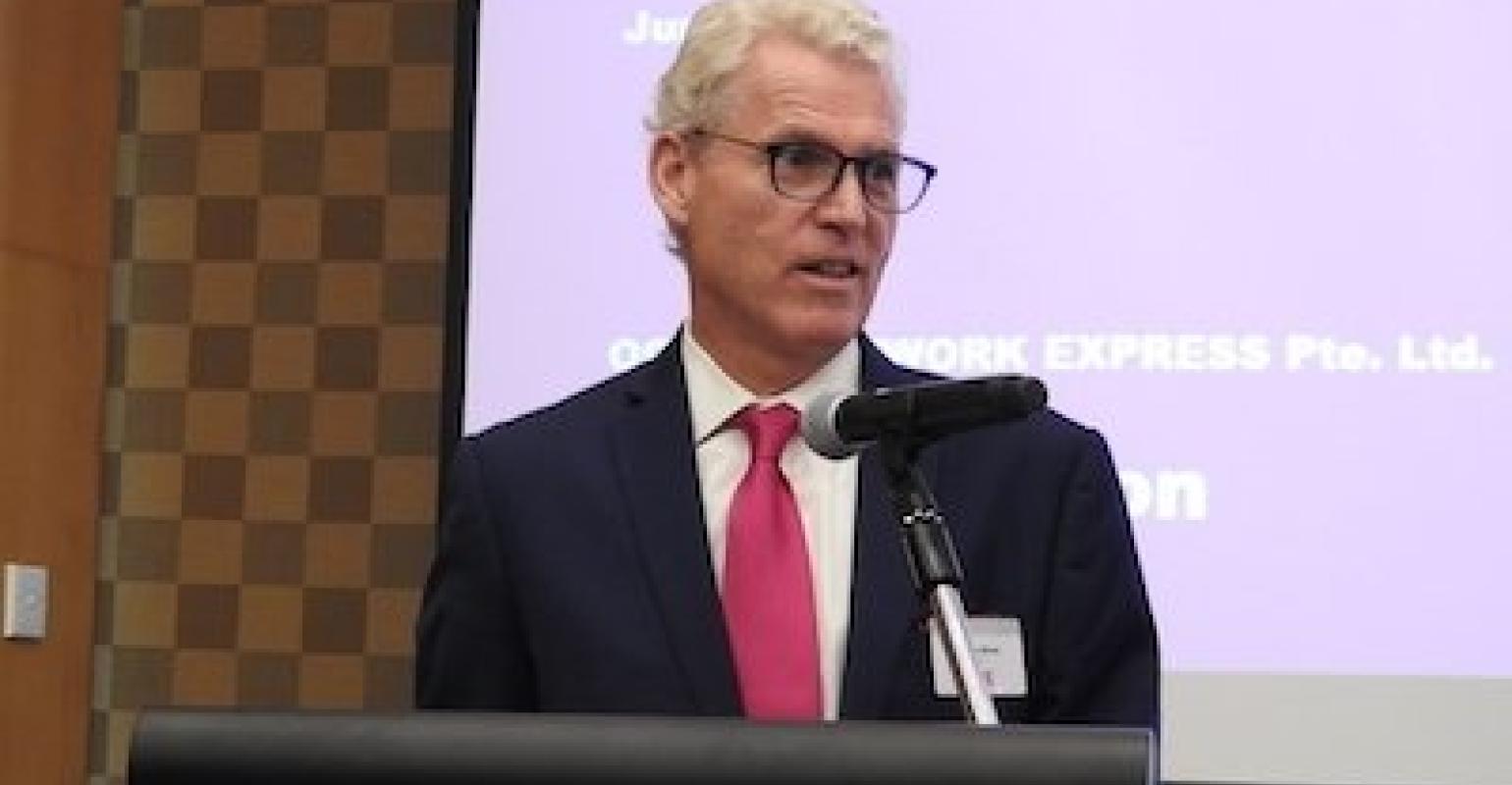 An escalating number of typhoons and adverse weather events is playing havoc with carrier schedules, leaving a “major challenge” for the industry to recover from the record-low levels in schedule reliability experienced in 2018.

According to Jeremy Nixon, chief executive of Ocean Network Express (ONE), global warming has triggered more adverse and variable weather across key shipping lanes, including a “remarkable increase” since 2016 when there were only nine major typhoons in Asia, compared with 13 in 2017 and 17 last year.

“Unfortunately, the typhoons go straight through the middle of our key shipping lanes,” he told the TOC Asia Container Supply Chain conference in Singapore on Tuesday. “And they track at a relatively slow pace, so when that happens it’s creating disruption to vessels passing up and down within Asia; but also, critically, it’s impacting the actual ports themselves – particularly those in China as well as in Korea and Japan.”

So much so, Nixon noted, the port of Shanghai was closed for eight days in August last year, compared with just one during the same month in 2017. There were 28 days of terminal closures between April-August 2018, he added.

“This is major disruption, and previously when there were low terminal utilisation levels you could catch up relatively quickly in terms of operations. But because now the terminals are working at a much higher occupancy, particularly in mainland China, the ability to recover is slow and that has an additional impact.”

Elsewhere, the recent heavy weather in North America had a big impact on rail operations, according to Nixon, while Europe has suffered from flooding and strong weather systems in the Bay of Biscay and the transatlantic.

“Service levels have been very bad, especially on the transpacific trade where two out of three vessels arriving are more than a day late,” Murphy said.

Comparing the reliability between the three major carrier alliances, he said in the past THE Alliance had struggled, but that now “we’re seeing a close in that gap because unfortunately the other alliances are going down, rather than THE Alliance going up”.

ONE is part of THE Alliance alongside Hapag-Lloyd and Yang Ming. Nixon said the group plans to rejig schedules to help mitigate the impact of the increased adverse weather and high port utilisation levels in Asia.

“What we’re doing now as THE Alliance is, as we bring our new product to market in April/May, is to make some changes to the network to build in more buffer time,” he explained.

This includes reducing the number of port calls in China on a single loop, since vessels calling at both Shanghai and Ningbo end up queuing for a berth twice when operations at the two major ports are disrupted by typhoons.

To achieve this reduction, Nixon said THE Alliance will split its Ningbo and Shanghai calls, with some loops calling less ports and others with additional vessels in rotation for “more buffer and recovery”.

“We are working on it,” he added. “But to get back to the days of 90% schedule reliability for the whole industry is really a major challenge in light of where we are with the terminal occupancy and with the weather these days.”

TOC Asia continues on 10 April at the Marina Bay Sands in Singapore and is being held in conjunction with Singapore Maritime Week.