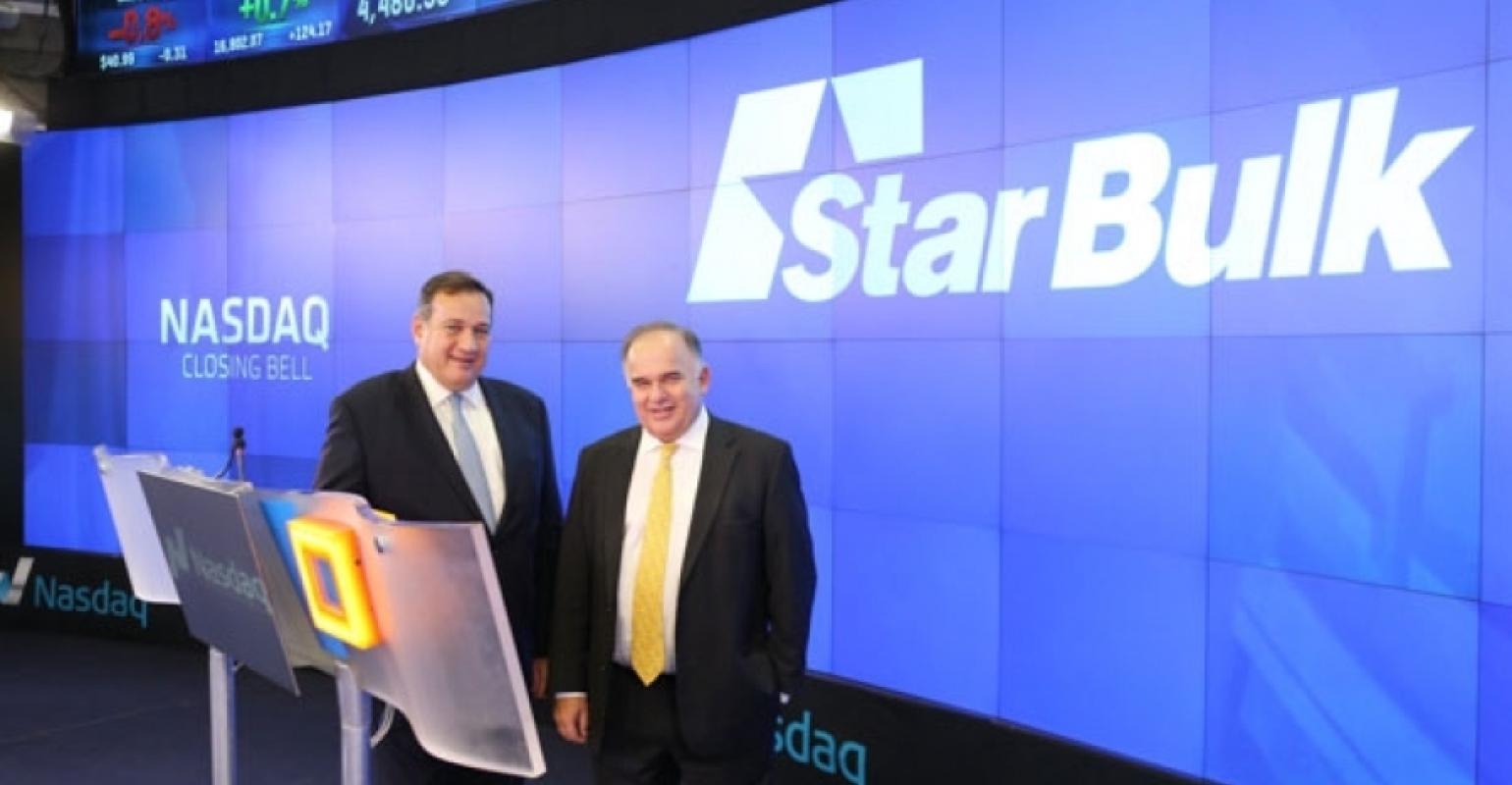 This time around, more optimism about the shipping cycle in the face of these big picture jitters has resulted in a storm of share buybacks by shipping companies.

An important ratio used by investors to judge vessel owning entities is a ratio of share value (its price in the marketplace) to net asset value, or NAV, (the value of shares- with assets tied to the actual worth of vessels). When the shares are out of favor, share/net asset ratio may drop to levels deemed attractive to bargain hunters. In theory , real value of most shipowning companies is akin to “liquidation value” meaning “what cash could we pocket if we sold the ships today”- hence the importance of this ratio.

Once a shipping company has a public listing, its toolkit for improving shareholder value includes financial measures such as reducing the “float” of outstanding shares. In effect, a company may see a purchase of its own shares (with a low value compared to net asset value) as a better investment than buying a ship. With the stock market swoons of late 2018, a number of listed owners have made this choice.

Analyst Amit Mehrotra at Deutsche Bank, a keen observer of the markets, wrote in a note to his clients: “While we have questioned the wisdom of share repurchases given the volatile nature of shipping markets, the moves are undoubtedly accretive to equity value in the near/mid-term (given prices well below net asset values), and signal management confidence for the first time in years.”

In the dry bulk sector, which has clearly begun a cyclical move upward, buybacks of shares have been announced by Star Bulk Carriers (“SBLK”) and Diana Shipping (“DSX”). SBLK, which saw its fortunes rise throughout the second half of 2018, mirrored by a price that briefly reached above $15 per share authorized a $50m aggregate buyback in late November- when its share price was nearly halved. Analysts at Jefferies & Co, led by Randy Giveans, had estimated share price, just prior to SBLK’s announcement, to be “trading at a 40% discount to NAV”.

The buybacks are effected opportunistically- multiple purchases beginning at end November and occurring through December; the authorization does not have an expiry. An example of one repurchase came at the very end of December 2018, coming on the heels of several other purchases during the month; a company press release describes a purchase as follows: “The company purchased on 31 December 63,388 of its common shares in open market transactions at an average price of $8.87 for aggregate consideration of $562,145. The Company shall cancel all the common shares it has repurchased.”

Others engaging in buybacks of shares have included Diana Shipping (“DSX”) in the drybulk sector, which initiated a tender to buy $15m worth of its shares; in late December, it announced that its offer was oversubscribed. On the tanker side, Euronav (“EURN”), listed in both New York and Brussels, was also buying back its shares; in early January, it announced that nearly €3.5m worth of its Eurnonext shares had been purchased - 0.56 % of the total outstanding shares. In late 2018, gas tanker owner Gaslog Ltd.(“GLOG”) authorized a $50m buyback programme, to commence in January 2019.