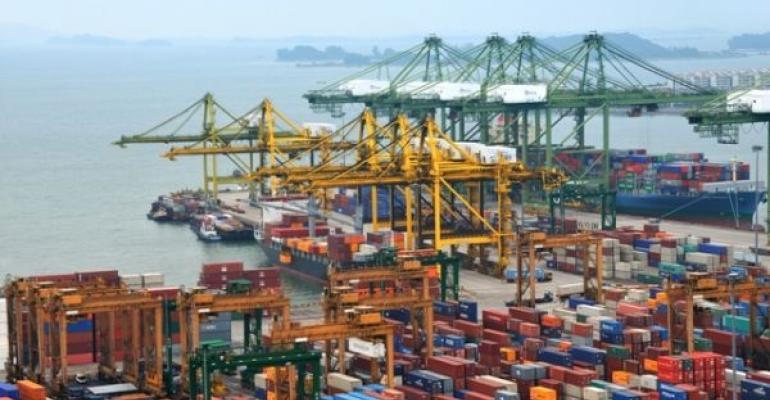 Last week’s announcement by the Maritime & Port Authority of Singapore (MPA) that it would ban open-loop scrubbers from its port waters from 1 January 2020 when IMO’s 0.5% global sulphur cap comes into force has set the cat among the pigeons for a growing number of owners opting to for exhaust gas cleaning for compliance with the regulation.

Taken at face value what Singapore does in terms of allowing or not allowing open-loop scrubbers is insignificant – the port waters of the city state are a miniscule fraction of the world’s oceans. However, Singapore’s place in world shipping mean that is indeed a significant move.

Singapore is the world’s largest port shipping tonnage, second largest container port, biggest bunkering port and a major tanker hub, as well as the world’s fifth largest flag state to list just some of the reasons why what the Lion City decides matters in the world of shipping.

Read more: Singapore to ban use of open loop scrubbers in port waters

Statements by the likes of Euronav ceo Paddy Rodgers that “the solution to pollution is not dilution” may make great soundbites, but that is actually all they are. Whether Rodgers or any other shipowner doesn’t like open-loop scrubbers makes little difference in the grand scheme of things as they do not have the power to regulate what anyone else does.

Given Singapore’s profile as a port – receiving many large containerships and tankers, the very vessels on which scrubbers are being fitted - the ban on open-loop scrubbers from 2020 will necessitate time consuming fuel switching for a potentially significant number of vessels. True it’s nothing new for owners that already do this for Emission Control Areas (ECAs) but it reduces the cost effectiveness of the scrubber, is inconvenient, and could be especially so for container ships that call multiple ports if more countries follow suit.

There are two points missed in most reports of MPA chief executive Andrew Tan’s speech as they required to actually be present when it was made. One was that he went to the point of saying the sentence that discharge of wash water from open-loop scrubbers in Singapore waters would prohibited not just once, but twice, clearly denoting its significance. Secondly was an off script comment that it was the approach Singapore was going to take and he believed many other ports would as well.

This comment is of particular interest as it is unlikely that Singapore made its decision on open-loop scrubbers without at least talking in private with other major shipping nations and ports on what their planned stance will be, and clearly Tan does not expect it to be alone in its plans.

There are few governments more friendly to shipping than Singapore, yes it does like its rules and regulations, but it is also extremely pragmatic and pro-business. If this is a step Singapore is willing to take you can bet your bottom dollar there are other countries that could follow suit without the courtesy of 13-months notice to the industry.