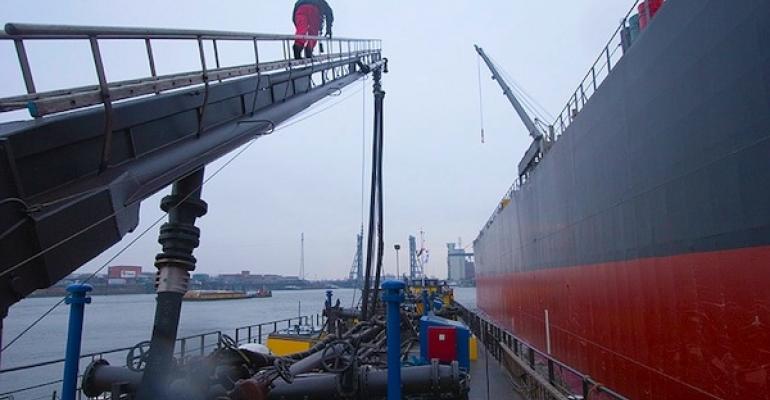 The scale of the challenge facing ship operators as they prepare bunker tanks for new low-sulphur fuels ahead of the IMO’s 2020 sulphur cap may have been underestimated, according to some marine fuel experts.

The issues are both technical and commercial, notably for ship operators with ships deployed on time-or trip charters in which bunkers are procured and paid for by charterers.

On the technical side, bunker tanks which have been used for heavy fuel oil over long periods will have accumulations of solid residuals lying at the bottom which will have to be thoroughly cleaned out prior to the carriage of new fuels. Powerful additives may be used for cleaning in some instances, although there can be a significant disposal issue, but comprehensive cleaning will inevitably involve the labour-intensive deployment of personnel, in some cases “to dig the stuff out”, as one fuel expert said.

There are commercial implications too. On a large vessel, with a range of bunker tanks, the cleaning process could take up to a week or more, according to some estimates. Tank cleaning will be the responsibility of ship operators and so there are significant off-hire implications. But if the cleaning is not sufficiently thorough, any remaining residuals could be disturbed in heavy seas, potentially raising the sulphur content of the new 0.5% sulphur fuels so that they are no longer compliant.

In the case of a time-chartered vessel, ship operators and charterers will have to agree when to undertake tank cleaning because the vessel will not be available for some days. Marine fuel experts recommend that plenty of time should be allowed in preparation for new fuels and, indeed, that they should be used prior to the January 2020 deadline. However, if a prudent operator wishes to clean tanks in July or August, for example, to allow some time for preparation, his charterer will have to agree not only for the non-availability of the ship over several days, but also to pay for more expensive fuel thereafter, prior to January 2020.

For vessels deployed on other types of charter contracts where fuel is for owner’s account, there is a similar conundrum. Clean too early, pay more for fuel and, presumably, hope to recover some of the extra costs in the charter rate. Leave the cleaning exercise too late, however, and there could be insufficient time to try out new fuels and ensure compliance from January 2020 onwards.

According to classification society DNV GL, less than 2,500 ships will have scrubber installations by the time the sulphur cap kicks in, so the vast majority of ships which have used heavy fuel oil until now will have to undergo comprehensive bunker tank cleaning. A back-of-the-envelope calculation indicates that this will be another substantial cost for shipowners to bear, probably running into several billion dollars.