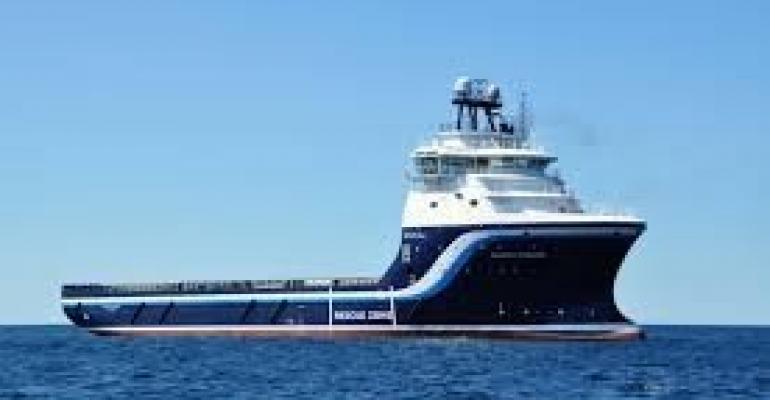 The downturn in the offshore services market has driven a combination of two US domiciled players, with Tidewater acquiring GulfMark Offshore in a shares for shares (all-stock) deal, as has been recently reported here.

Though the outlook for the sector is brightening, readers may remember that both of these listed companies that had recently gone through bankruptcy re-organisations.

Both companies operate vessels serving US waters but, importantly, they each have worldwide footprints. In announcements, presentation materials and on a live webcast announcing the merger, geographical diversity figured prominently. Indeed, top executives from both companies talked about “optimisation” through redeploying boats to pockets of strength; in the webcast, GulfMark’s president and ceo, Quintin Kneen discussed the possibility of moving boats from the US Gulf over to the North Sea market.

Boats serving the US Gulf would be subject to the Jones Act - where vessels must be built and flagged in the States, crewed by US mariners, and owned by at least 75% by US citizen companies.

Though the deal descriptions paint the picture of a plain vanilla transaction, there are considerable complexities lurking in the background because both companies are subject to “Jones Act” citizenship requirements, even though different boats might be owned by varied entities at the subsidiary level.

Tidewater, which wiped out $1.6bn of debt, re-emerged from bankruptcy in July,] 2017 and GulfMark came through in November 2017. In such restructurings, where debt is converted into new equity in a re-jigged balance sheet, it becomes tricky where creditors were non-US entities. To maintain Jones Act eligibility, at least 75 % of the equity (ownership) must be held by US “citizens”. Thus, in a reorganisation, a straight conversion into new equity could easily cause this percentage to drop below 75% if debt had been provided by non US citizens - for example, a Scandinavian bank active in the offshore lending space.

To get around this problem, re-structuring lawyers and financiers have crafted an elegant solution; instead of converting debt into shares, it is instead converted into “warrants” – which are options to buy shares at certain prices, good for a finite time - in Tidewater’s case these extended 25 years out from last year’s re-organisation to July 2042. Holders can then sell these warrants onward, to U.S. citizen private equity investors (where option exercise will not impinge on the 75% threshold), or hang on to them for exercise in the future.

As this financing device was deployed in both the Tidewater and Gulfmark restructures, the merger deal requires a recalculation. As explained by Tidewater ceo John Rynd, “Holders of GulfMark’s Noteholder Warrants receive rights to receive Tidewater’s common shares on essentially the same basis as GulfMark stockholders. But like Tidewater’s existing creditor warrants, exercise will be subject to Jones Act related restrictions on the maximum ownership of shares by non US citizens.”