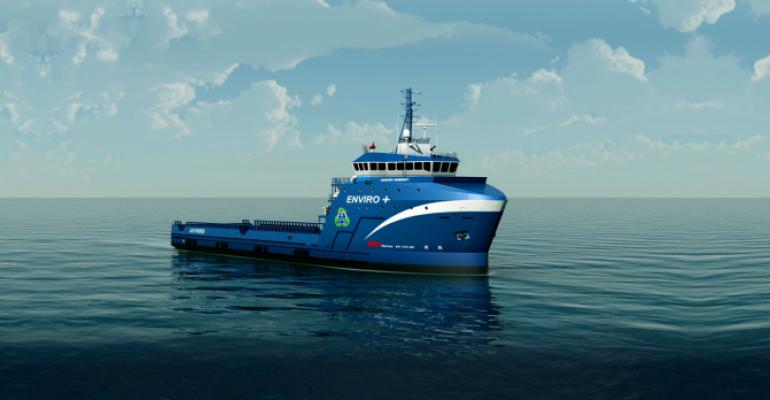 Because of the highly complicated legal choreography, the privately held (read media-shy) HGIM must engage in an unprecedented programme of outreach, bringing in the maritime media. This is the background to a flurry of statements issued by HGIM, aimed GLF shareholders. The key is that the TDW- GLF deal, struck in mid-July is subject to: “…stockholder approval of combination (by GulfMark’s stockholders) and share issuance (by Tidewater’s stockholders)”. The clock is ticking; proxies are anticipated to be going out to existing HGIM and GLF shareholders very soon.

The fine print of the 98 page, mid-July deal between TDW and GLF which is described as a Definitive Agreement for the two companies to combine “in an all-stock transaction”, mentions that the deal could be held by something called a “Company Superior Offer”. Font sizes aside, this means “an unsolicited bona fide written offer by a third party to enter into an Acquisition… that is determined by the [GulfMark Offshore] Board… to be more favorable from a financial point of view to the [GulfMark Offshore’s] stockholders than the Contemplated Transactions."Thus, for HGIM to cut into the merger dance, it must convince the GLF shareholders, as represented by its Board of Directors, that its deal is a better one, from a financial perspective. Two investors, Raging Capital and Q Investments, control 35% of the shares in aggregate.

HGIM has recently undergone a financial re-organization as part of its June 2018 emergence from bankruptcy status - both TDW and GLF came out of bankruptcy in mid-2017 - with its lenders, including

Apollo Global Management, LLP; Bank of America, N.A., Regions Financial Corp, among others, who were owed nearly $1.3bn, now controlling the company’s equity. The HGIM materials stress that a HGIM-GLF outcome would create a stronger player in the marketplace than the alternative, with geographic diversification (HGIM being very strong in the Gulf of Mexico, with GLF everyplace else), with a large fleet - fifth largest on the leaderboard.

From a financial perspective, HGIM asserts that its proposal, a “reverse merger”, where an unlisted company buys into an already listed entity, would deliver greater value than the TDW offer. HGIM calculates its offer to worth $41.64 per GLF share, compared to the current price of approximately $38 per share- more than $4 per share above the mid July price. HGIM suggests that, all told, this represents a 23.6% premium, a premium worth just shy of $80m, all told, over the consideration that GLF shareholders would receive if they instead took the TDW shares. TDW shares have also increased in value since mid-June, so the premium may be slightly less.

If only it were that easy. If the GLF Board walks away from the TDW deal, or puts it on hold, they would still need to negotiate with Harvey Gulf, which, though it says it could move quickly, will still need to start its process from scratch. Historically “reverse mergers” have a mixed record. On the tanker side, we can point to a highly successful deal, where Nasdaq-listed Pyxis Tankers (PXS) was able to pull off a reverse merger, acquiring an already listed dotcom holdover “LookSmart”, and then placing the Pyxis mantle on the entity.

So, let the stockholder voting begin!