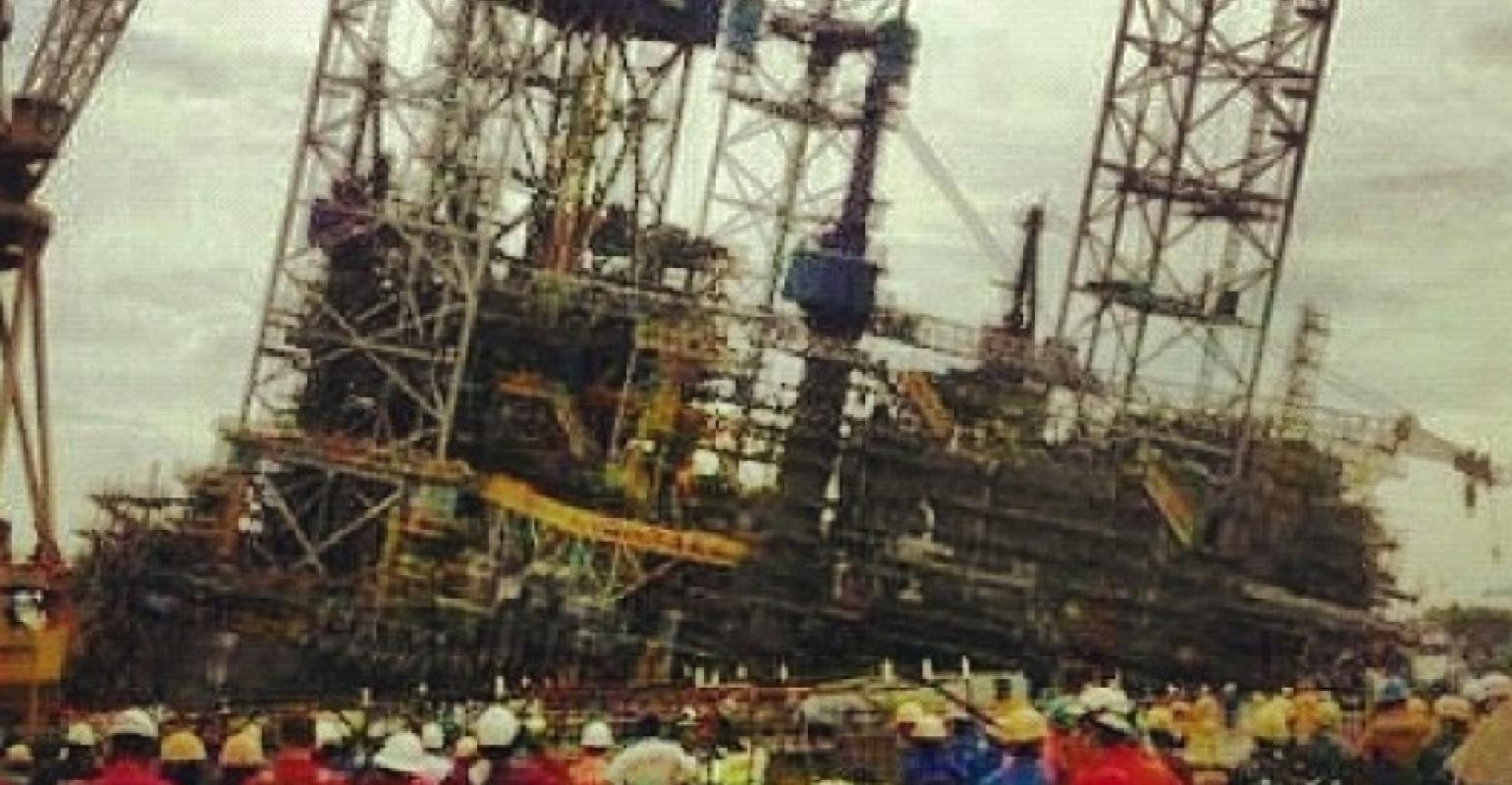 The trial begins on Monday in Houston for a man seeking over $1m in compensation for injuries suffered when Friede & Goldman jack-up under construction for Noble Drilling tilted while under construction at Jurong Shipyard in Singapore in 2012.

David Carnes from Kingswood, Texas is suing Friede & Goldman, Noble Drilling Services, Noble Drilling International and Noble Drilling Exploration Co for “severe” injuries to back, hand and other parts of his body suffered when the Noble Regina Allen titled over with over 1,000 workers onboard.

Some 89 workers were injured in the accident in December 2012 and Singapore Senior Parliamentary Secretary for Manpower Hawazi Daipi at the time described it as “one of the worst industrial accidents in recent times”.

A jury trial starts in Houston on Monday for Carnes who is seeking over $1m in compensation.

The attorney for the plaintiff, Cory Itkin of Houston-based law firm Arnold & Itkin, said: “This is a case where bad engineering met with reckless decision-making which led to a spectacular disaster.

“We know that the computer code used to direct the rig’s vertical movement was bad, and we know the breaks used to control the movement were woefully insufficient, but no one is accepting fault.  At trial, we’ll be asking a jury to determine who ultimately bears responsibility for this completely preventable disaster.”

Port of Corpus Christi and Stabilis Solutions in LNG fuel infrastructure agreement
May 05, 2021