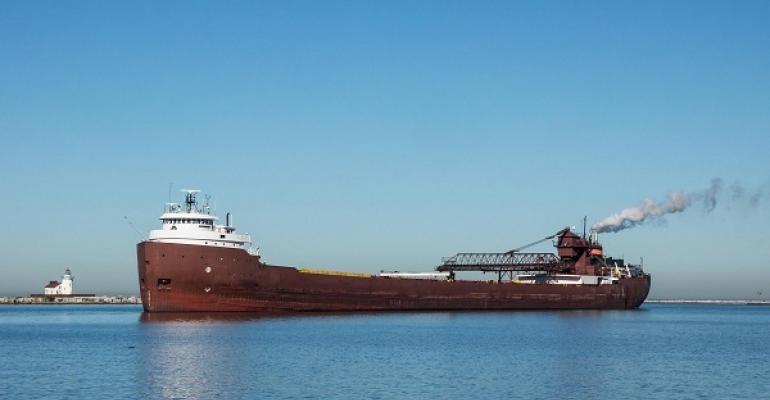 The Great Lakes shipping community received a huge boost in late October, with President Donald Trump signing a bill that would authorize close to $1bn for construction of a second lock allowing transits of large “Laker” vessels, at the Soo Locks in the north of Michigan at the eastern terminus of Lake Superior.

In the existing Soo configuration, the big vessels can transit using the aging Poe Lock which is paralleled by the smaller McArthur Lock. Trump signed into law "America's Water Infrastructure Act of 2018," part of which will go toward long-proposed improvements at the locks. The plan is to combine two of the oldest, smaller locks into another large lock to complement the Poe Lock.

The President, a champion of “infrastructure” projects, signed "America's Water Infrastructure Act of 2018" into law a part of which will go to the long discussed fix at the locks. The actual funding will still need to be allocated by Congress.

The Poe Lock has been critical to steel production in the United States. In actual tonnage, the US Army Corps of Engineers (USACE), which maintains the locks, said: “From 2007 to 2017, the Soo Locks complex accommodated more than 72.5 million tons on an average annual basis, including taconite pellets (57%), coal (21%)), grain (11%), aggregates (limestone) (6%), and other commodities (5%). In 2017, 89% of the total tonnage transiting the Soo Locks Complex passed through the Poe Lock.” Plans call for combining two smaller locks into a second larger (1,200 ft) lock that would parallel the aging Poe Lock (completed in 1968).

National security has loomed large in arguments in favor of building the new lock. The Soo provides a link between Lake Superior, closer to raw materials for steel production, and the other Lakes, closer to the steel mills. A report from the Department of Homeland Security (DHS) concluded that an unplanned outage, lasting for six months, at the Poe Lock could lead to a severe recession - with US steelmaking curtailed. Supply chain impacts would lead to near shutdown across critical supply chains, the report said.

A 2017 report by infrastructure giant Aecom, commissioned by the US Treasury as part of the “Build America First” initiative, pegged the al- important “benefit to cost ratio” at a healthy 2.0x to 4.0x. The project is expected to take seven years- subject, of course, to the highly fickle (and sometimes partisan) Congressional budgeting process. This bill did have broad bi-partisan support.