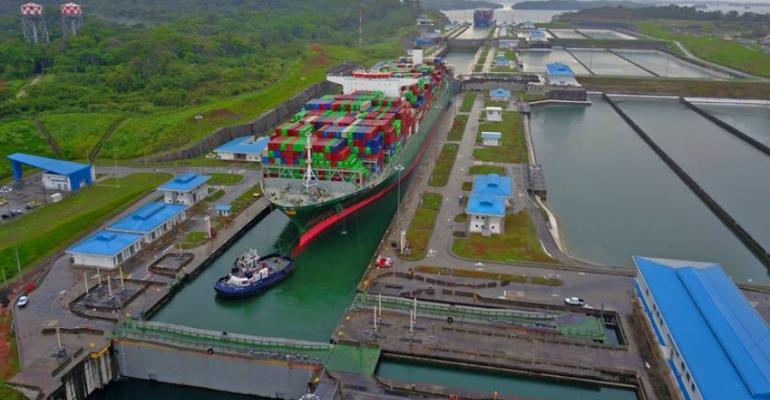 The US China trade war that began almost a year ago, is taking its toll as illustrated by revenues from the Panama Canal.

The impact of the US –China trade war is greatest in US states that export agricultural products, electronics, LNG and LPG and chemicals directly to China and California has taken the biggest hit, followed by Texas, Illinois and Louisiana.

California's export volumes for the first four months of 2019 are down roughly 13%, according to the US Census Bureau.

And as the trade war continues it is California that stands to lose the most, trade experts say. In terms of volume, California conducts more trade with China than any other state in the country, reported CNBC news.

Exporters have been creative, say US experts, noting that exports are being directed to new destinations.

For the Panama Canal, where the US is the largest customer, authorities announced mid-June, that Japan had overtaken China as the second biggest user of the waterway largely because of the escalating dispute between Washington and Beijing.

Asia is buying less from the US therefore shipments of LNG and LPG have slowed down, according to Panama Canal Authority administrator Jorge Quijano. “We began to feel an impact around October-November last year. We saw some decreases [in volume] but also additional transits to the East coast, in preparation for the increase of tariffs,” Quijano tells Seatrade Maritime News.

“The biggest impact on us thus far was a reduction of approximately $36m in exports from the US to China via the Panama Canal, from the Gulf and East coast ports to Asia, particularly in LNG, LPG, petroleum products, crude oil and chemicals.”

Also grain exports from the US Gulf to China fell significantly with approximately an $8m impact on Canal revenues. Plastic resins exports from the US gulf ports, mainly Houston, to China also registered a considerable drop in volume through the waterway.  However, South Korea and Japan have been buying more LNG and LPG from the US, which resulted in Japan to displacing China as the second largest user of the Canal.

However, container traffic increased because of the “extra loaders” put in place to arrive before the full implementation of the US tariffs on Chinese goods.

“During the last couple of months, we have seen some drops in sailings of box ships from Asia to the US gulf and East coast on account of less cargo originating in China. The number of containers on board has also been slipping,” Quijano explains.

Read more: China container exports to US down 6.5% during January-May amid trade war

“The additional container traffic of October and November of 2018 helped to offset a bit the reduced revenues from China to the US and US to China traffic bringing such deficit to a net of $30m. Nevertheless, I must emphasise that increased traffic of US LNG and LPG to other Asian countries have basically compensated the loss of revenue from the US-China trade tensions,” he says.

Even in the midst of these uncertain timea the Panama Canal is still showing this year an increase of 4% in tolls revenue over last year and the administration expects to slightly exceed the financial performance it promised, Quijano states.