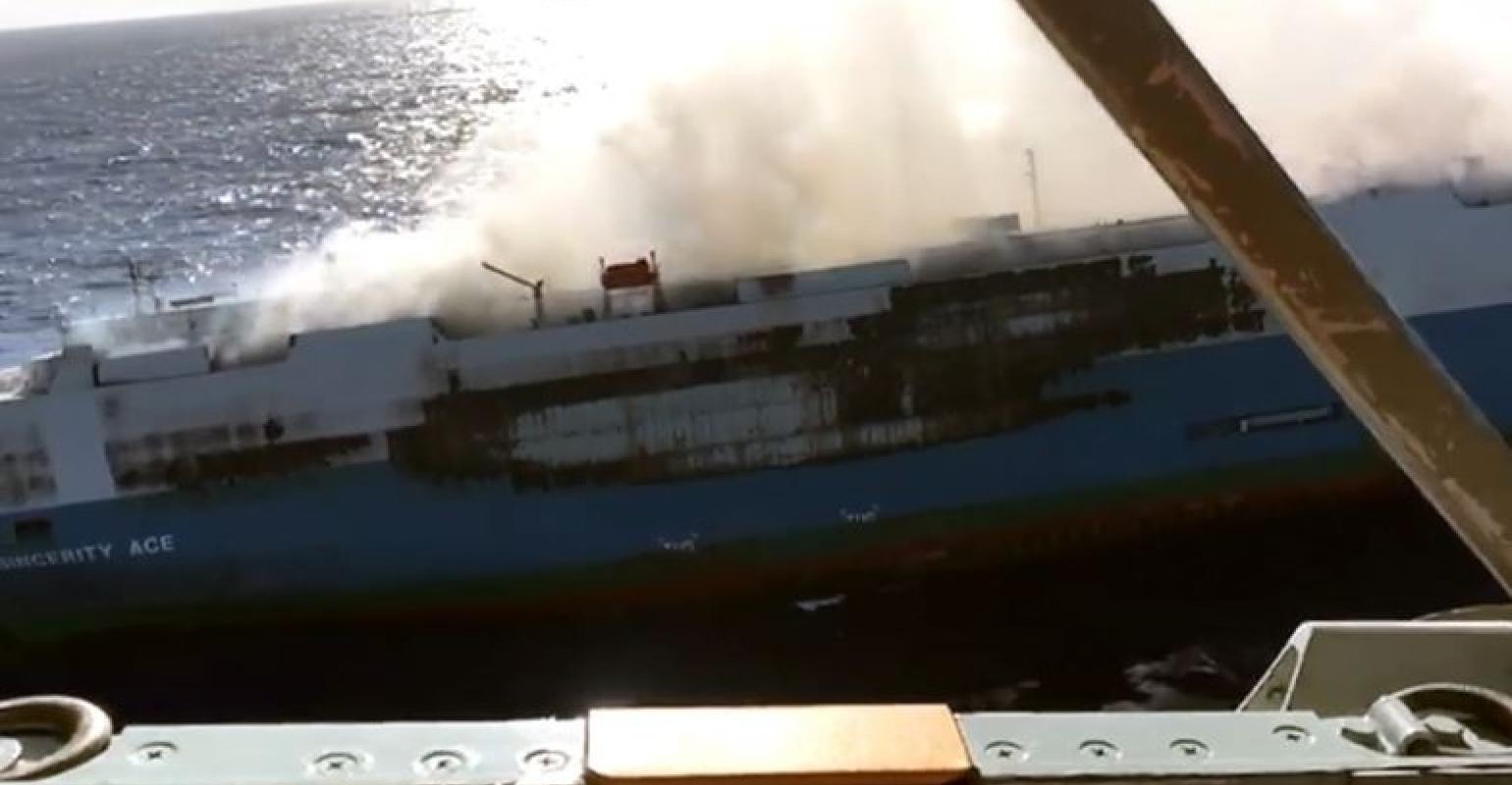 The US Coast Guard (USCG) has released pictures and video of the rescue operations undertaken for the car carrier Sincerity Ace which suffered a serious fire in the Pacific on 31 December 2018.

A serious fire was reported by the Master of the Shoei Kisen Kaisha owned and managed, 2009-built car carrier on New Year’s Eve 1,800 nm northwest of Oahu, with an intention to abandon ship.

The US Coast Guard coordinated with five volunteer vessels to rescue the crew over three days. Of the 21 crew, 16 were rescued, four were located unresponsive, and one remains missing. The vessel was reported to still be burning as the last report on 3 January with two tugs contracted by the owner and manager enroute to the stricken vessel.

The cause of the fire is unknown but the Panama-flag which registered the vessel is starting investigations into the accident.

Read more: Panama to probe cause of Sincerity Ace blaze

The video link below and photos taken by the USCG from an HC130 Hercules aircraft show the extent of the damage to the Sincerity Ace and the rescue operations undertaken.

Watch USCG video of the rescue operation for the Sincerity Ace