Who would run a stevedoring company in this day and age? 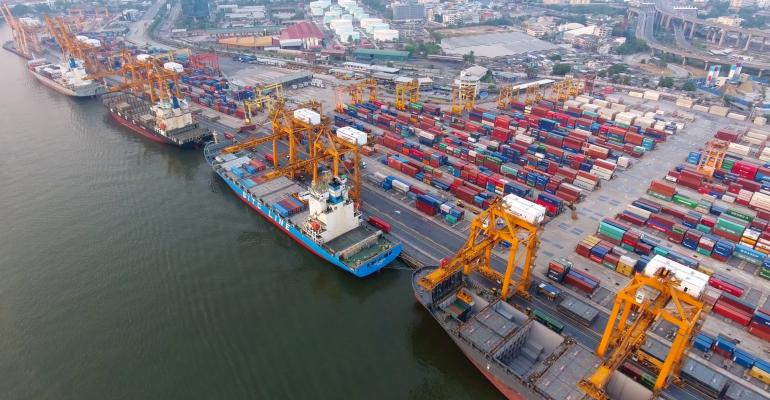 Who would run a stevedoring company these days? It was relatively simple, once – you organised a lot of labour and ordered up new barrows when the old ones got broken, or fell in the dock.

Now you are expected to sort out the finance for new $5m automated shiploader cranes to cope with the bigger ships your customers insist on buying, then putting up with endless complaints from their customers, because they can’t get their goods out of the port.

The stevedore is the meat in the sandwich, the pig in the middle and the man who carries the can, when everyone’s expectations of a swift turn-around go awry. The stevedores who once presided over a labour intensive sector now find themselves running to keep up with the ambitions of ship operators in a hugely capital intensive operation.

A frequently asked question, once shipowners were launched on their buying spree for bigger and bigger container ships was –“exactly who do giant ships ultimately benefit?” The answer was quite brief and did not involve a long list of beneficiaries. But big ships are here to stay and the people who have to handle their cargo must evolve strategies for coping with them. It is they who have to pacify the shippers and consignees who find it rather harder to cope with the delays, when the colossal numbers of boxes dumped on the quay in their inward and outward stacks reach mountainous proportions, as the land transport struggles.

Problems cascaded down the system

And this is not just a problem for those giant ports which take the 15,000 teu plus monsters. There has been no end of publicity about the logistic difficulties of great ports like Rotterdam and Antwerp in getting the cargo to and from the terminals as barges, trains and above all, road transport, struggles. But the problems are “cascaded” right down the system, as the ships themselves, displaced by bigger ones move to ports accustomed to smaller vessels.

The stevedores in these smaller ports find themselves with exactly the same problems, only the scale is a bit different. If you have cargo handing gear that can cope with a 5,000 teu ship, coping with a customer suddenly expecting you to discharge and load 8,000 teu ships is a problem you could probably do without. It has become a global problem.

Somebody else’s economies of scale

And a great deal of the difficulties which are compounded by somebody else’s scale economies are well beyond your abilities as a stevedore to solve. The stevedore may complain when the owners of all that cargo piled on the quay seem to treat it as free storage – nothing new about that. But if there are insufficient numbers of feederships, barges, trains and trucks to shift the stuff the whole logistic chain lengthens and tempers get shorter. Just remember that a 20,000 teu monster, in a port visit with 14,000 container moves (in and out) could occupy the services of six feederships, 53 trains, half a dozen big inland waterway craft and not far short of 3,000 trucks.

A recent study in the UK recently suggested that there was a shortage of 45,000 truck drivers and it was not improving as on-line shopping increased the demand for van-drivers, which might be a more agreeable life than pounding up and down the motorways. That’s a global problem, too. The ports complain that that the road and rail systems in most countries have failed to keep up with the transport demands they put upon them.

National and local governments grudge the money that needs to be spent on infrastructure. And when half of Holland is gridlocked, as it occasionally is, there is not much point in picking up the telephone to shout at the stevedore, who has to clear enough space on the terminal for the cargo that will be dumped on the quay by the next inbound 20,000 teu monster.

Don’t shoot the stevedore, but consider who it is who benefits from scale. As that delectable lady in the TV advertisements for a certain French small car used to say with a knowing wink –“size isn’t everything”.