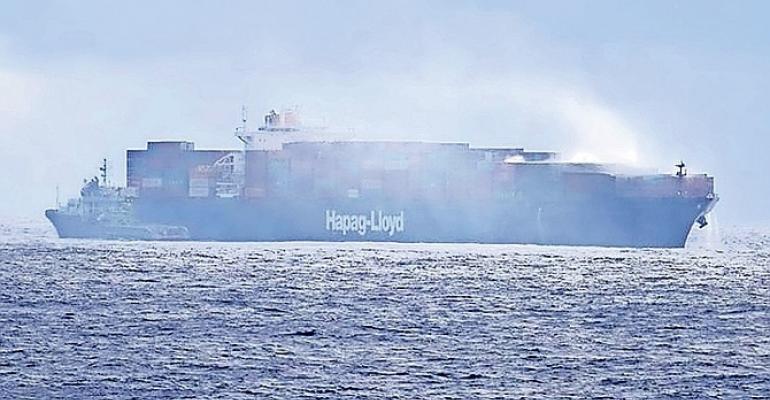 Despite salvors having offloading all the fire damaged containers from the containership Yantian Express vessel remains in Freeport, Bahamas, as some shippers have not posted General Average and Salvage security for undamaged containers.

Ocean Network Express (ONE) and alliance partner of Hapag-Lloyd that operates the Yantian Express said the vessel was due to reload containers that had been unloaded in Freeport on 12 April, however, that General Average and Salvage security had not been posted on some of the containers.

“The Salvage company have now declared that the granted period of 21 days for the provision of salvage security has long expired. We understand that the Salvage company are working on getting the required certification from the Lloyd‘s Arbitration to enable them to sell the cargo to satisfy their security interest, should security not be provided imminently,” ONE said in an advisory to customers.

The Yantian Express, which suffered a serious cargo fire that started on 3 January on a transatlantic voyage, is now not likely to leave Freeport until late April/early May to sail to another destination to unload undamaged cargoes. Even then where it will sail to remains unknown at present.

“In light of dependency on technical approval of vessel class, the next port of call is not finally determined as yet. We shall keep you closely informed on the decision for such port selection, once agreement has been reached, in conjunction with relevant port authorities,” ONE said.