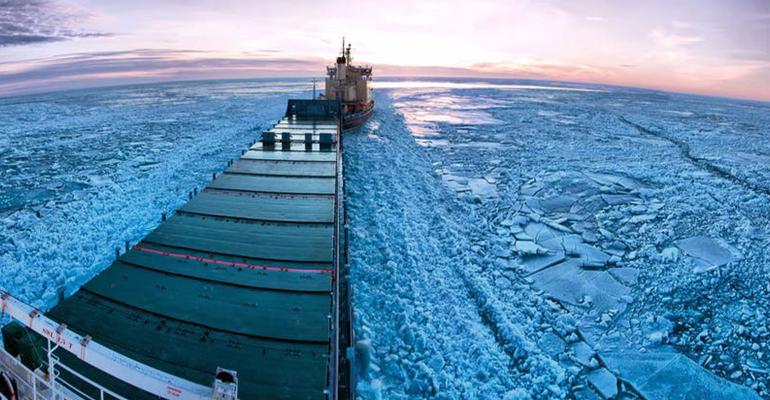 Who exactly owns the Arctic - and what do all the changes happening now entail for the future of the Arctic?

The Arctic - a place of beauty and wonder to some of us, a home to many, and to yet another group a workplace where energy resources and new global shipping lanes are now becoming more and more accessible. I sat down with Professor Jessica Shadian, author of the book The Politics of Arctic Sovereignty: Oil, Ice, and Inuit Governance and The Arctic Journal’s piece: Who Owns the Arctic to ask her just that: Who exactly owns the Arctic - and what do all the changes happening now entail for the future of the Arctic?

Not A Terra Nullius Up for Grabs

Professor Shadian: The 8 Arctic states exercise full sovereignty over all of the territorial Arctic. They also exercise rights, often exclusive or monopoly rights over most of the Arctic’s waters (seas, oceans, straits, and seabed etc.) States enjoy sovereignty over their coastal waters up to a maximum of twelve nautical miles from their baselines (the territorial sea). They then have exclusive rights to the resources in their EEZs and on the seabed (continental shelf) to a distance of 200 nautical miles. It is likely that they also have exclusive rights over the resources on and under the seafloor over most of the sea floor in the arctic beyond 200 nautical miles (the outer continental shelf), leaving only a few gaps which are common heritage of mankind.

At the same time, in certain cases - mostly in the case of North America and especially Greenland - indigenous communities either have the rights to or outright own their own Arctic lands, resources and waters (through land claims agreements, Self-Rule, indigenous corporations, and other governance structures). In Europe, indigenous peoples have a wide range of cultural rights to their lands and resources.

While the media likes to think of the Arctic as terra nullius that is up for grabs this could not be farther from the truth. The Arctic is governed by an entire host of states, sub-national governments, and international law.

Leah Kinthaert: What are your thoughts on increased shipping if Arctic sea ice is to continue to decline. Who has the power to make this happen, or stop this from happening?

Professor Shadian: Climate change is a grim topic but that does not mean that it has only negative repercussions in certain circumstances. In North America and Greenland, melting ice is transforming access to and through the Arctic and for many remote Arctic coastal communities who intently want greater connectivity and easier access to the global economy (e.g. being able to export minerals and oil and gas to global markets), melting ice becomes one of their perceived biggest opportunities. Not least, many communities see increased attention to the NW Passage as a sea route as one means to help bring down the astronomical price of food and energy (specifically to be able to move away from dependence on diesel fuel). Increased ship traffic is also seen as a means for greater tourism (and therefore economic development), not to mention attention to Arctic infrastructure which includes ports, search and rescue, internet connectivity etc. For many Arctic communities their greatest concern is around participation. For them, it is of utmost importance that they can help determine how and in what ways those developments occur and that they occur to the benefit of those who live there.

Likewise, melting ice is critical to the future of the Russian economy and climate change is - what may seem ironic to some – the perceived (by many in Greenland) key to Greenland attaining full national sovereignty as a State. Greenland is very interested in how it might be able to contribute to new shipping routes and ports of call.

In a nutshell, I would say that melting ice is creating as many opportunities as it is challenges for our globe and for the Arctic in particular. It is happening. There is an army of entities pushing to make this happen and I do not see it coming to a halt. Equally so, however, only time will tell as to how much it will in fact grow and alter the course of global trade.

LK: If the ocean becomes navigable, are there worries that there will be an interest in more oil exploration? I read that Obama approved Shell drilling last year; if Trump were to get into office, what do you think he would be interested in (UPDATE: Donald Trump won the US Presidential election a few days after this interview)? Who has rights to oil drilling in the Arctic and why?

Professor Shadian: What is considered a worrisome problem to some is seen as a hopeful solution to others. There are many Arctic communities and a number of Arctic states that would welcome with open arms increased Arctic oil and gas development. It is really hard to know what Trump would be interested in. Ultimately, each Arctic state (and in certain states with local support) has the right to decide.

Professor Shadian: I cannot say what the future holds but the fact that indigenous leaders met with the IMO is a fantastic first step. All I can say now is who would have ever thought that the UN - an organisation made for and by states would pass a Declaration on the Rights of Indigenous People's. It all starts somewhere, and it is certainly logical that indigenous peoples have the chance to participate in decisions about their homelands, governments, territories etc.

LK: Do you think this will happen? There was that recent article in CBC News about the Arctic Council: ‘there's an application list of 18 countries that want to become observers of the council. I mean, Singapore and Kenya and other places are lining up.’ And the fear is that the indigenous voices will get lost in the shuffle. Can you tell our readers why you think there's an application list of 18 countries that are suddenly interested in the Arctic council?

Professor Shadian: Actually, in 2013 6 new states were accepted as observers (Kenya is not one and as far as I believe never applied for observer status). See here for full list and requirements of observers. The three drivers of global interest in the Arctic are climate change, access to new resources, and new global shipping routes. It is a challenge for the (indigenous) Permanent Participants (PPs). But the PPs are working on ways to strengthen their positions including working for the establishment of a Permanent Fund to ensure their full participation in Arctic Council activities