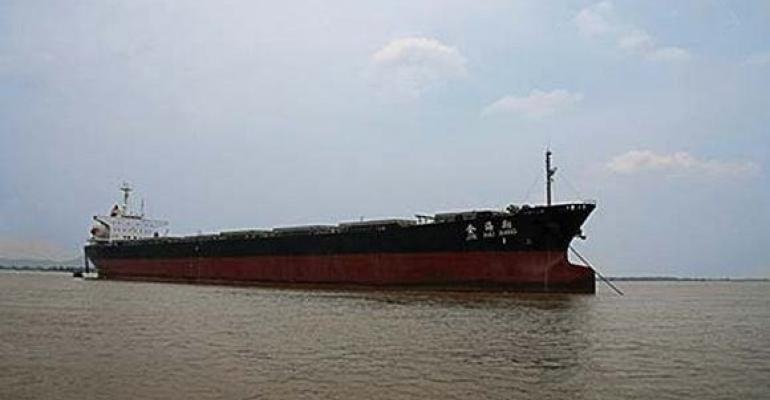 Ten workers were killed and 19 injured due to carbon dioxide leak on the Chinese cargo ship Jin Hai Xiang that was being repaired at Xixiakou ship repair yard in Shandong province.

According to the notice released by Shandong Weihai Municipal People’s Government, 10 people were dead and 19 had been send to hospital.

Based on the initial investigation, the accident was caused by carbon dioxide leak in the fire extinguishing system while a team was conducting maintenance operation on the ship. The third officer of the ship has been detained by local police as it is believed his actions were likely to be responsible for the accident.

The 69,000 dwt cargo ship, Jin Hai Xiang, owned by Fujian Shipping Company, was built in 1994. The company has sent a team to Shandong for further investigation together with local police.