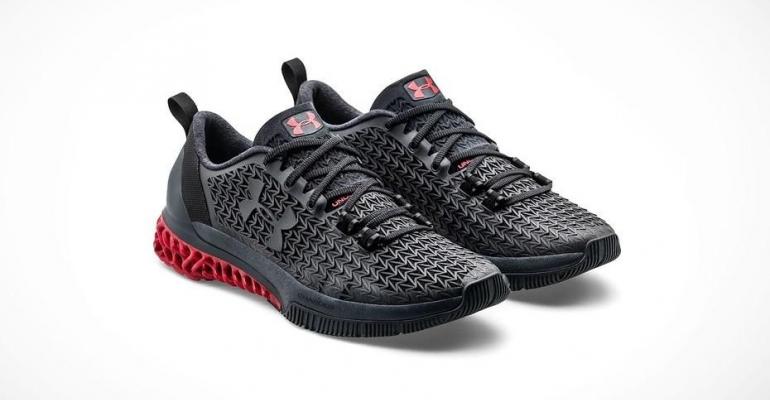 3D printed training shoes from Under Armour
3D printing could decimate the container shipping industry over the next 20 years warns a senior executive of the Port of Auckland.

While many of the world’s largest ports sink huge investments into being able to handle 20,000 teu containerships, Diane Edwards, WISTA international secretary and general manager (people, systems and technology) for the Port of Auckland said she believed containerisation would decrease over the next few years.

Speaking at the WISTA Conference Singapore 2018, Edwards said that people were still thinking of 3D printing in very traditional terms such as manufacturing spare parts for ships, but she sees a much its use spreading much wider as a disruptive technology once it’s adopted by consumers.

Edwards, who also specialises in change management, noted that from its introduction eight years ago the 3D printer was available in shops just three years later and now were being used to manufacture goods wholesale all around.

Container shipping has thrived with the production of goods in countries with low cost labour shipping finished goods to consumers in developed countries. “Potentially when everyone has a 3D printer in their back yard they won’t want to ship from around the world.”

Should people start manufacturing consumer goods at home this could be very bad news for container shipping. “I think 3D printing is one of those disruptive technologies that is going to decimate containerisation in 20 years.”

It would be good news for bulk shipping though as 3D printing would increase the demand for raw materials.

Also on the panel was Eugene Khoo, senior assistant director (Tuas Port development) for the Maritime & Port Authority of Singapore (MPA), working on building the world’s largest single container port with a projected capacity of 65m teu. Khoo questioned the lack economies of scale of 3D printing which have driven large scale, global manufacturing. He said they had been closely monitoring 3D printing but were yet to see results.