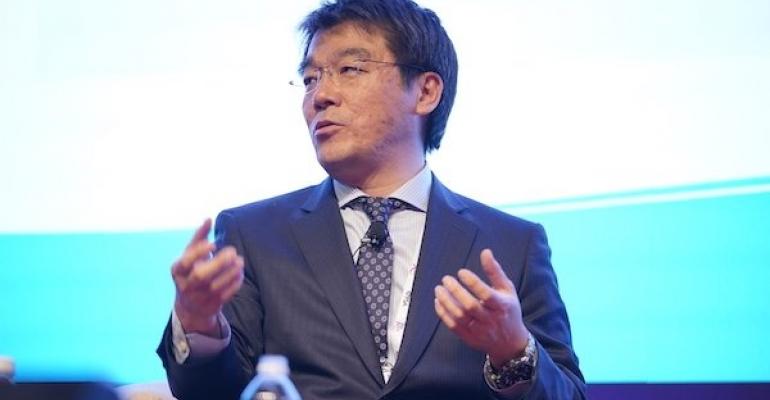 Autonomous vessels have become a recurrent theme in shipping debates in recent years but the focus has to turn to regulations to bring the topic forward, Dualog ceo Morten Lind-Olsen says.

"The debate will go to legislation and global coordination and rules. Autonomous shipping needs a global set of rules," he said after the panel discussion on Fleet Management of the Future during Sea Asia 2019. Noting that the IMO "normally doesn't work too fast", a proper set of global regulations to govern autonomous shipping may take 5 - 15 years.

He added, however, that "autonomy is the means" and what will drive adoption is whether it helps to make the industry more efficient, safer and greener.

Earlier, panelists in the earlier discussion had similar thoughts.

To a question of "why remove the last person?" by moderator Dualog Head of Innovations Geir Isene, MTI (NYK Group) senior general manager Hideyuki Ando, who is a former university professor, said that a manned autonomous ship could be the most competitive, while a totally unmanned ship posed a lot of risk.

And the era of fully autonomous ships is still "quite far ahead," according to Dualog coo Silje Moan. She sees developments in this area moving in an incremental way rather than in any rapid fashion, noting that initial use of such a vessel has been for coastal transport in Norway and not a deepsea vessel.

The battery driven ship, Yara Birkeland, signed off by Norway will transport fertilizer products from the city of Porsgrunn to the ports of Brevik and Larvik in Norway.

While there could be benefits in terms of lower costs, safer operation, and being more environmentally friendly by burning less fuel, a major worry has been loss of jobs as even manned autonomous vessels will involve fewer personnel

But the outlook is not wholly bleak for seafarers.

Pointing to the experience in other sectors, Alpha Ori Technologies chief business officer Sanjeev Namath noted that "while technology took away certain jobs, it created other jobs".

He added that new positions that may be created in the maritime industry could be drone operators and control centre operators, who will need seafarer skills.