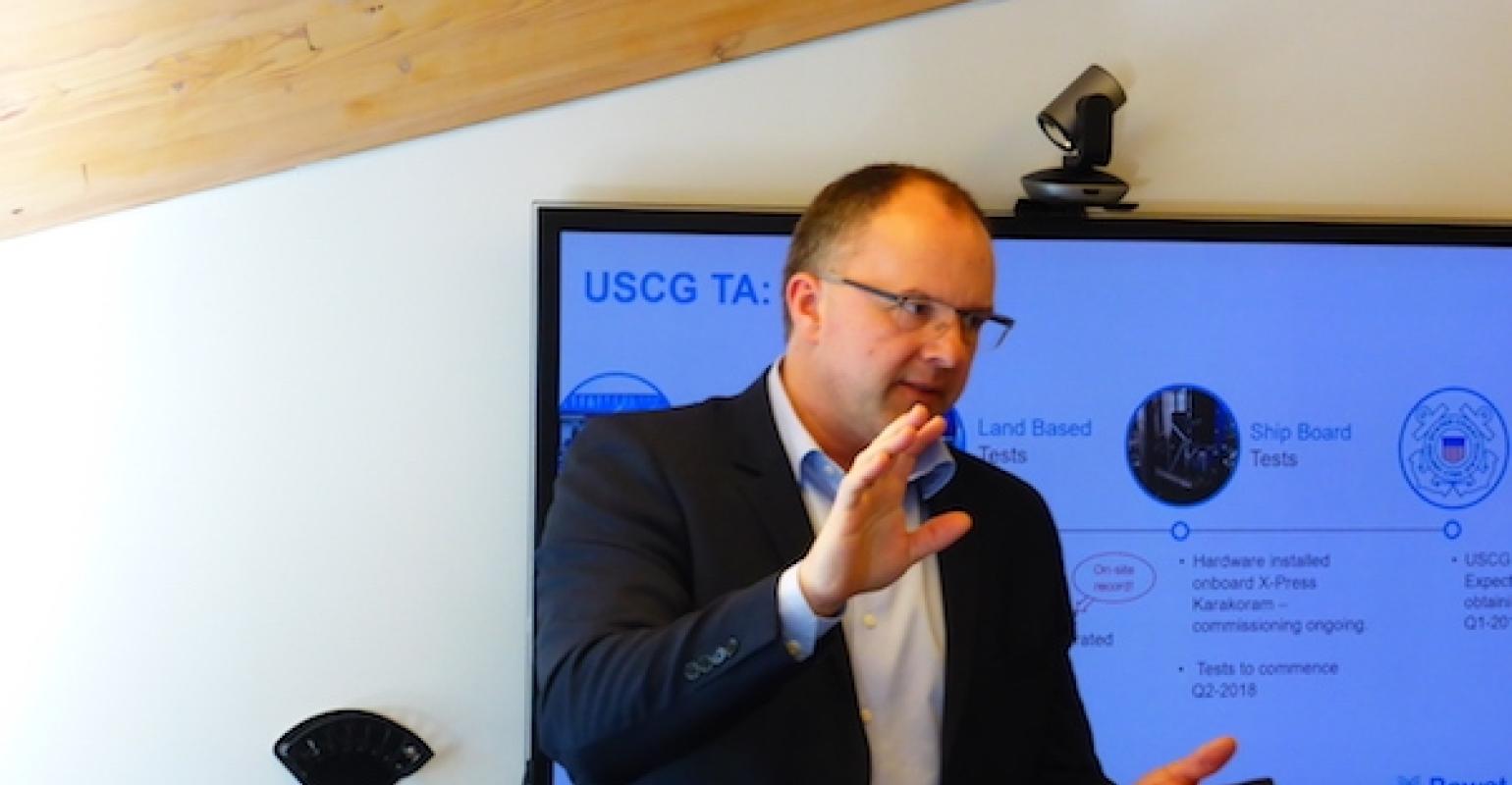 A young Danish company, Bawat, has unveiled an exciting new low-cost and “green” ballast water treatment technology which requires no filters, chemicals or UV lamps, and is powered by waste heat from ships’ engines.

The Bawat system, based on the pasteurisation of ballast water at temperatures ranging from 64°C to 72°C, kills marine organisms in one in-voyage process taking just a few minutes which promises to minimise the risk of delay or disruption during cargo handling operations.

There is plenty of waste heat available on most ships, Bawat ceo Kim Diederichsen (pictured) told journalists at the company’s headquarters on the Danish Technology University site just north of Copenhagen last week. Therefore the unique technology is suitable for virtually all ship types and most sizes, he said, and the four installations in operation so far are operating successfully.

They system is scalable, cost-competitive, and can be installed either during a drydocking or whilst a ship remains in operation at sea. Excluding installations costs, prices range from about €150,000 for a small unit to around €350,000 for a larger plant.

The system has already been type-approved by the IMO and has received a favourable response so far from the US Coast Guard (USCG) as it undertakes the US type approval process. The fact that the pasteurisation process kills marine organisms, rather than merely sterilising them, is a plus point with respect to US requirements. On-site tests conducted for the USCG set a time record, with completion in just two months.

Last weekend, Diederichsen was heading to Singapore to open a new office and recruit more staff. The system is well-suited to the retrofit market and, he said, the company is now in rapid expansion mode. Ship repair yards, a well as ship operators, are key targets and Bawat’s executives are already talking to several major repairers about a containerised system, powered by a small boiler, for treating residual ballast water in the tanks of ships docked for repair. The company already has sales and engineering partners in Turkey and the UAE.

Diederichsen predicts that the company will go into 2020 with 50 treatment systems installed and in operation.