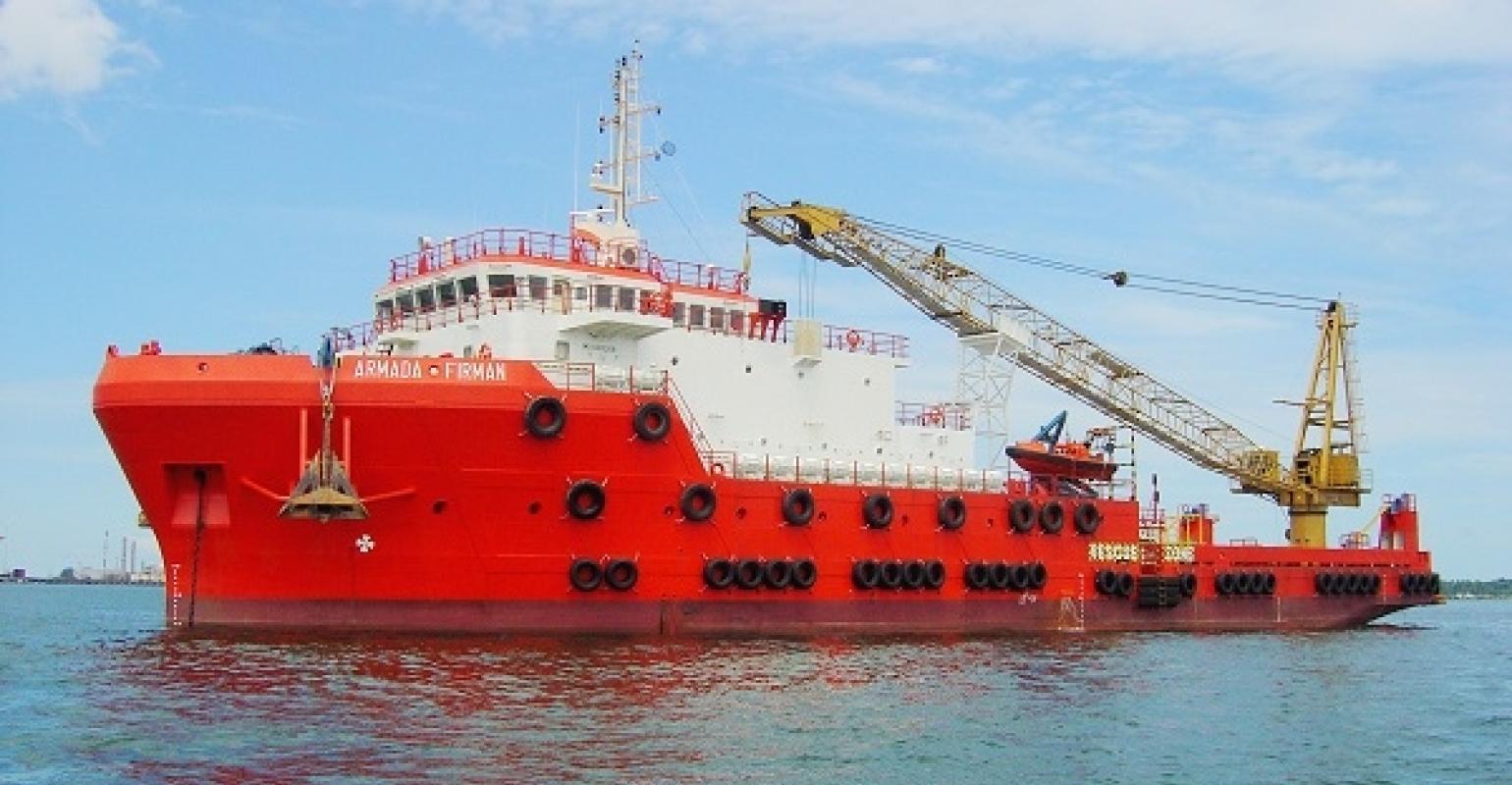 Bumi Armada has warned that despite higher oil prices since the beginning of the year, activity in the offshore supply vessel (OSV) segment remains weak and oil companies remain generally cautious on committing new capital expenditure and are likely to prioritise capex earmarked for adding new production capacity over exploration of new reserves.

“In our OMS (offshore marine services) business, the activity of our OSV business remains weak and we expect utilisation of our OSV fleet to only improve when the oil companies start to increase their exploration drilling activities. Whilst we do note an increase in client discussions around this, we do not expect such activities to really pick-up in 2018 and thus fleet utilisation and rates are not likely to rise significantly for this year,” Bumi Armada said in a stock market release on its first quarter financial results.

Indeed revenue from the OMS segment plunged by nearly half from the preceding quarter to MYR140m ($35.1m) hit by lower contributions from LukOil for work in the Caspian Sea and the utilisation rate fell to 38% from 46% in the fourth quarter of 2017. Among sub-segments, the second tier Class B vessels which are older and smaller took the worst hit, with utilisation falling to 35% from 49% in the quarter before.

Bumi Armada was slightly more upbeat about the prospects for floaters. “For the FPO (floating production and operation) business, we expect to see projects awarded in 2018 and beyond. We believe we are well positioned in the projects we are pursuing, and continue to submit bids that appropriately balance risk with reward. The group will also look to actively pursue other upside opportunities in the FPO business, including contract extensions and potential re-deployment of available assets,” the company said.

“Over the course of 2018, we expect to see a stable performance from the group on the back of the internal reorganisation and cost rationalisation, as well as improved revenue on the back of the final acceptances of our FPO projects,” Bumi Armada concluded.