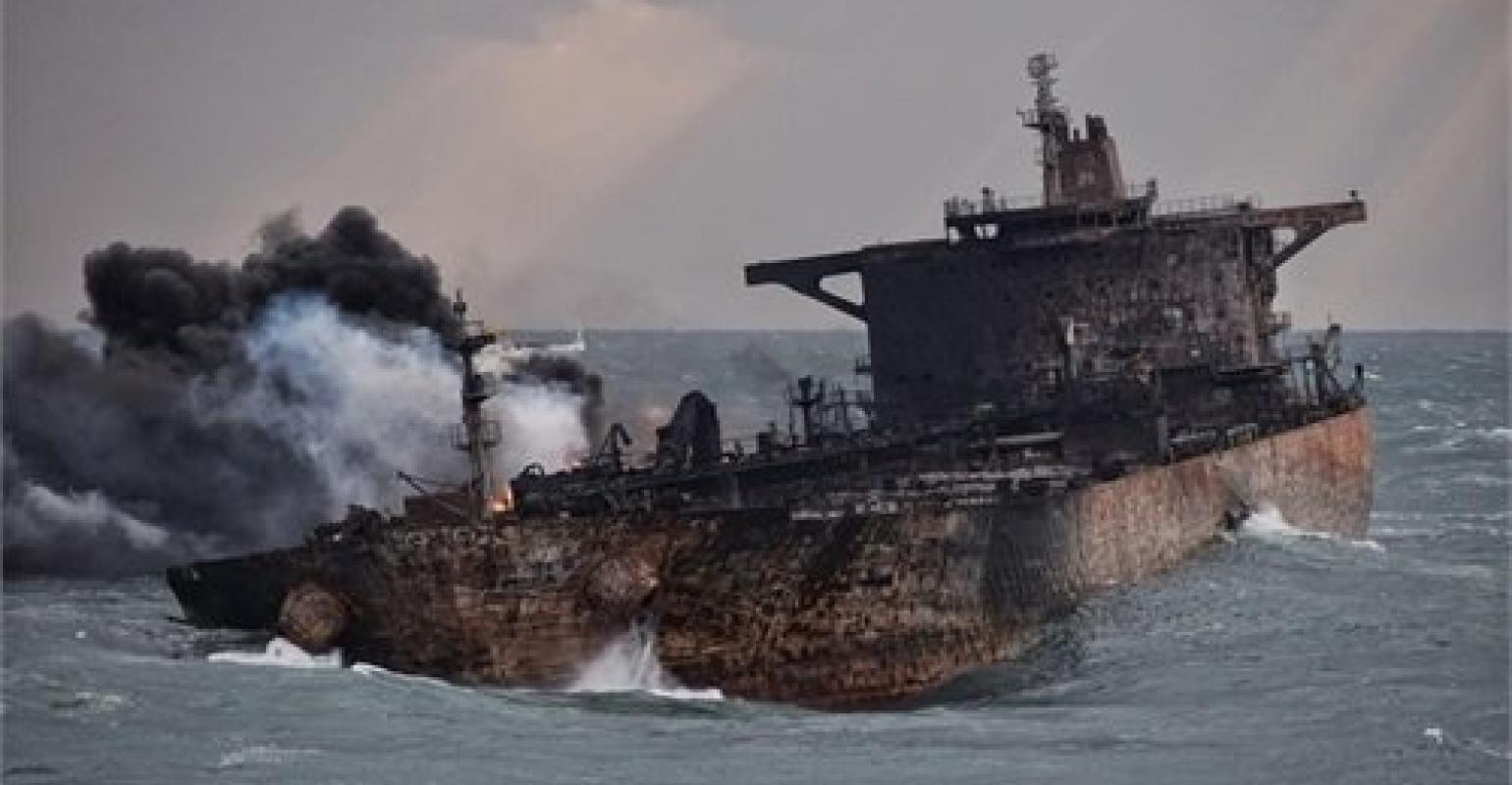 The Sanchi on Saturday

The burning Iranian tanker Sanchi on fire eight days following a collision with a bulker has sank according to Chinese state media.

The NITC suezmax which had drifted into the Japanese exclusive economic zone “suddenly ignited” around noon on Sunday according to China Central Television.

The tanker had been on fire since 6 January evening when it collided with the bulker CF Crystal 160 nm off Shanghai.

The 29 crew missing from the tanker are now presumed dead. “A report quoted Mahmoud Rastad, the chief of Iran’s maritime agency, as saying: “There is no hope of finding survivors among the (missing) 29 members of the crew.”

Only three bodies from the 32 crew have been recovered, one body was recovered two days after the accident, while when salvors were able to board the vessel on Saturday they retrieved two more bodies.

The cause of the accident remains unknown. The Sanchi was carrying a cargo 136,000 tonnes of oil condensate from Korea to Iran.