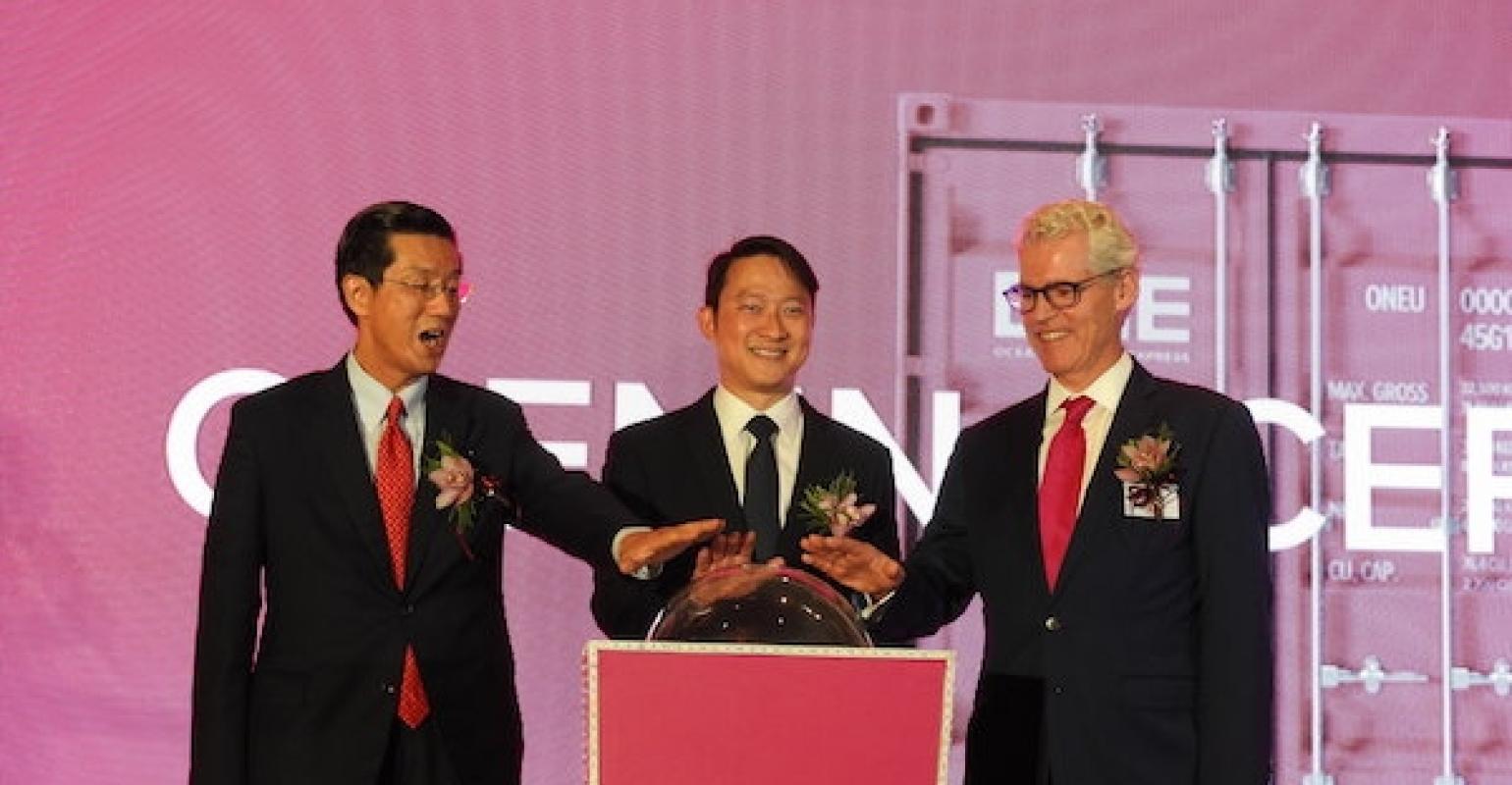 Celebrating three in ONE

There haven't been too many reasons to celebrate in container shipping in recent times but the official reception of Ocean Network Express or ONE in Singapore on Thursday evening saw the company setting sail in blaze of magenta branding with the strong statement of “As One, We Can”.

Hundreds of guests gathered at the Grand Copthorne Waterfront Hotel ballroom for the official launch of the Singapore-headquartered company that combines the container shipping arms of Japan's NYK, Mitsui OSK Lines (MOL) and K Line. is a completely new company born out of the legacy of three great Japanese shipping companies, which collectively have over 300 years of maritime experience,” Jeremy Nixon, ceo of ONE told guests. “As we say in ONE we want to be a company that is big enough to survive but small enough to care.”

While ONE started operations nearly three months ago on 1 April the launch reception coinicded with the maiden call in Singapore earlier in the week by the ONE Stork 14,000 teu newbuilding, the first to bear the new company's distinctive magenta branding. “Hopefully our boarding pilots in future should have difficulty in future in identifying ONE's vessels livery and maybe stronger sunglasses will be the order of the day in future,” quipped Nixon.

Special guest, HE Kenji Shinoda, the Japanese Ambassador to Singapore commented on how the company drew three into one. “Three is often a very good number for us Japanese which symobolises unity, wisdom and reliance,” he said. With the new Japanese company choosing Singapore for its global headquarters guest-of-honour Lam Pin Min, Singapore's Senior Minister of State for Transport and Health said: “Japanese shipping companies have been part of Singapore's economic landscape even before our independence.”

As Nixon took the opportunity to unveil the company's new corporate strap line of “As One, We Can” he noted this could take on a somewhat different form in the local parlance of Singlish. "I have feeling that as our Singapore colleagues have a great ability to abbreviate things and it may end up as 'Can, can, lah'!”