China Cosco in Piraeus - the good and the bad news 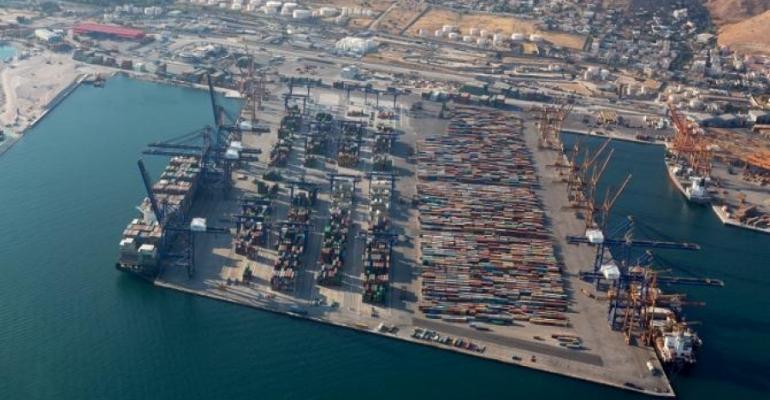 In what is becoming so common in Greece these days, good news is often clouded by bad news. China’s Cosco-run port of Piraeus had no sooner announced its goal of handling 5m teu annually is on the horizon after a record-breaking performance in 2018 at the port's three container piers, than it was dealing with allegations of fraud against its clients.

The good news first. The 5m teu target of the Piraeus Port Authority (PPA) is likely to be topped with the Greek port’s Cosco-controlled container piers II and III, handling 4.41m containers, and the Cosco-managed PPA's pier expected to break the 500,000 teu mark.

Presently, Piraeus ranks 7th among European container ports and second in the Mediterranean. Globally Greece's largest port occupies 37th place, up from the 44th in 2016.

With imminent completion of the projects at pier III the total capacity of the PPA’s pier I and Cosco’s piers II and III will increase to 7.2m teu.

Meanwhile, as the PPA's investment 'master plan' remains in limbo, the country’s Shipping and Island Policy ministry has again rejects claims of foot-dragging regarding approval of its investment Master Plan some of the investments being mandatory under Cosco's management agreement. Ministry officials say that on the contrary, the privatisation agency (Taiped) is keen to address all issues related to implementation of the concession agreement, but notes other competent bodies are involved which operate according to “specific criteria and conditions”.

The Shipping ministry says the public sector respects the deadlines provided by law and the concession agreement but that the various conditions have to be met.

In this context, the PPA has submitted six different Master Plans at different times in an effort to meet requirements. At the same time the ministry also notes approval of the Strategic Environmental Impact Assessment is required, and this is also “evaluated on the basis of specific criteria and specifications”.

At the same time, Greek officials are yet to comment on a EUR200m ‘fine’ imposed by the European Union’s Anti-Fraud Office (OLAF) on Greece for failing to stop the alleged wide-scale tax fraud carried out by Chinese importers of ultra-cheap goods through Piraeus. While the alleged crime is a state customs matter and has nothing to do with the port's management, it certainly is of concern.

According to media reports OLAF claims importers dodged import duties and value-added tax on footwear and clothing items by undervaluing the goods imported into Greece in the period 1 January 2015 to 31 May 2018. News outlet Politico reports: "Based on its findings, OLAF has issued a financial recommendation to Greek customs to recover the sum of EUR202.3m in lost customs duties related to the fraudulently under-declared values for such products.”