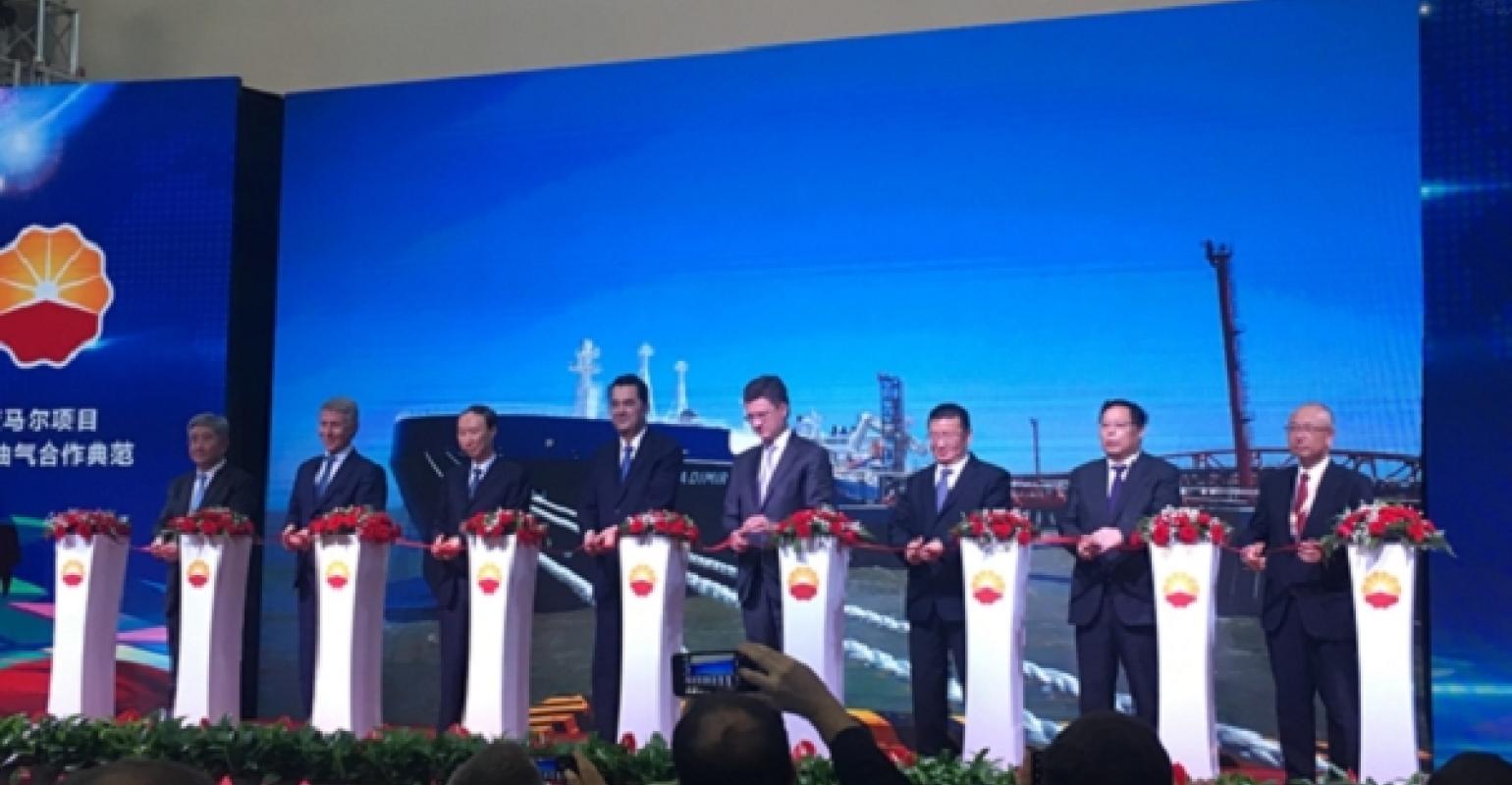 The vessel has begun LNG transportation services for the Yamal LNG project, transporting the super-cooled gas from the LNG plant at Russia’s Sabetta Port, since the end of March 2018, but its latest voyage during the northern summer season was the first opportunity for the vessel to navigate independently eastwards along the NSR.

The vessel passed the Bering Strait on July 6 and safely made its first call at PetroChina LNG Jiangsu Terminal in China on July 17. The net voyage time from Sabetta to Jiangsu excluding stoppages for adjusting arrival time was just 19 days, shaving weeks off the normal voyage time of over a month for the traditional Suez Canal route.

Among the many important guests were Leonid Mikhelson of PAO Novatek, the major shareholder in the Yamal LNG project; Zhang Jianhua of CNPC; Alexander Novak, Minister of Energy for the Russian Federation; and Nur Bekri of the National Energy Administration (NEA) of China.