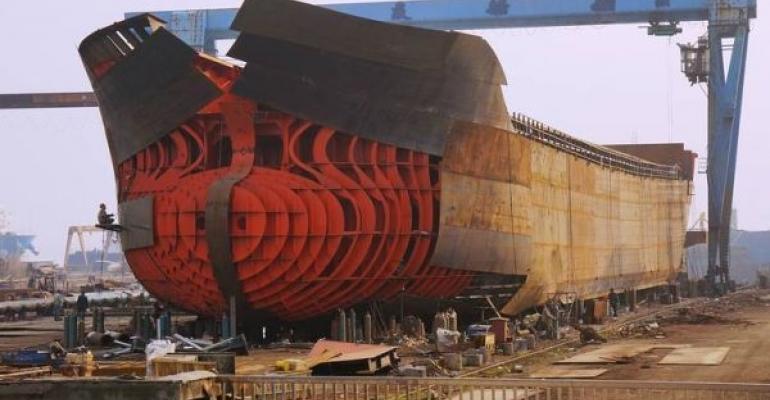 Chinese shipyards saw newbuilding orders plunged in the first four months of this year on the back of an overall weak international shipping market and declining new orders globally, according to the China Association of the National Shipbuilding Industry (Cansi).

For the January to April 2019 period, China’s shipbuilders received new orders equivalent to 9.49m dwt, a dive of 47.3% compared to the same period of 2018, Cansi data showed.

“From January to April 2019, the international shipping market had been weak and global orders for new ships continued to decline. However, our completion of newbuilding continued to grow and key economic indicators such industrial output started to rise in the month of April,” Cansi stated.

Cansi’s statistics further zoomed in to show that China’s 53 leading shipbuilders sat on a combined new order of 9.09m dwt in the first four months, taking up 95.8% of the country’s newbuilding market share during the period. In the same period, the 53 leading yards completed new vessel tonnage of 12.88m dwt.

Cansi also monitors 80 main shipyards showing that their combined completed newbuild tonnage were valued at RMB112bn ($16.2bn) in the first four months. Among the total value, shipbuilding accounted for RMB46bn, equipment took up RMB7.5bn and repairs amounted to RMB4bn.

The 80 main yards generated a total revenue of RMB70.5bn from January to April 2019, representing an increase of 2.2% compared to the year-ago period, while profit jumped by 79% to RMB430m.