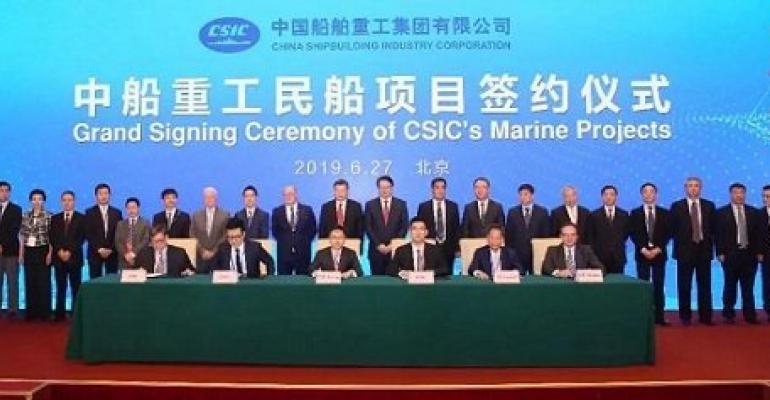 The listed arms of the two groups had issued similar statements and said that their controlling shareholders, CSIC and CSSC, are planning for strategic restructuring and are waiting for related authorities to approve. The detailed consolidation plans are not revealed now.

The two groups already started internal management changes and assets restructuring recently which are believed to be the preparation for the big merger.

The global shipbuilding industry has been facing severe overcapacity following the onset of the global financial crisis in 2008. Many smaller and mid-sized yards have been declared bankrupt.

The consolidation of CSIC and CSSC has been long rumoured and its official confirmation follows news earlier this year that the world’s largest shipbuilder Hyundai Heavy Industries (HHI) would acquire the second biggest yard Daewoo Shipbuilding and Marine Engineering (DSME).