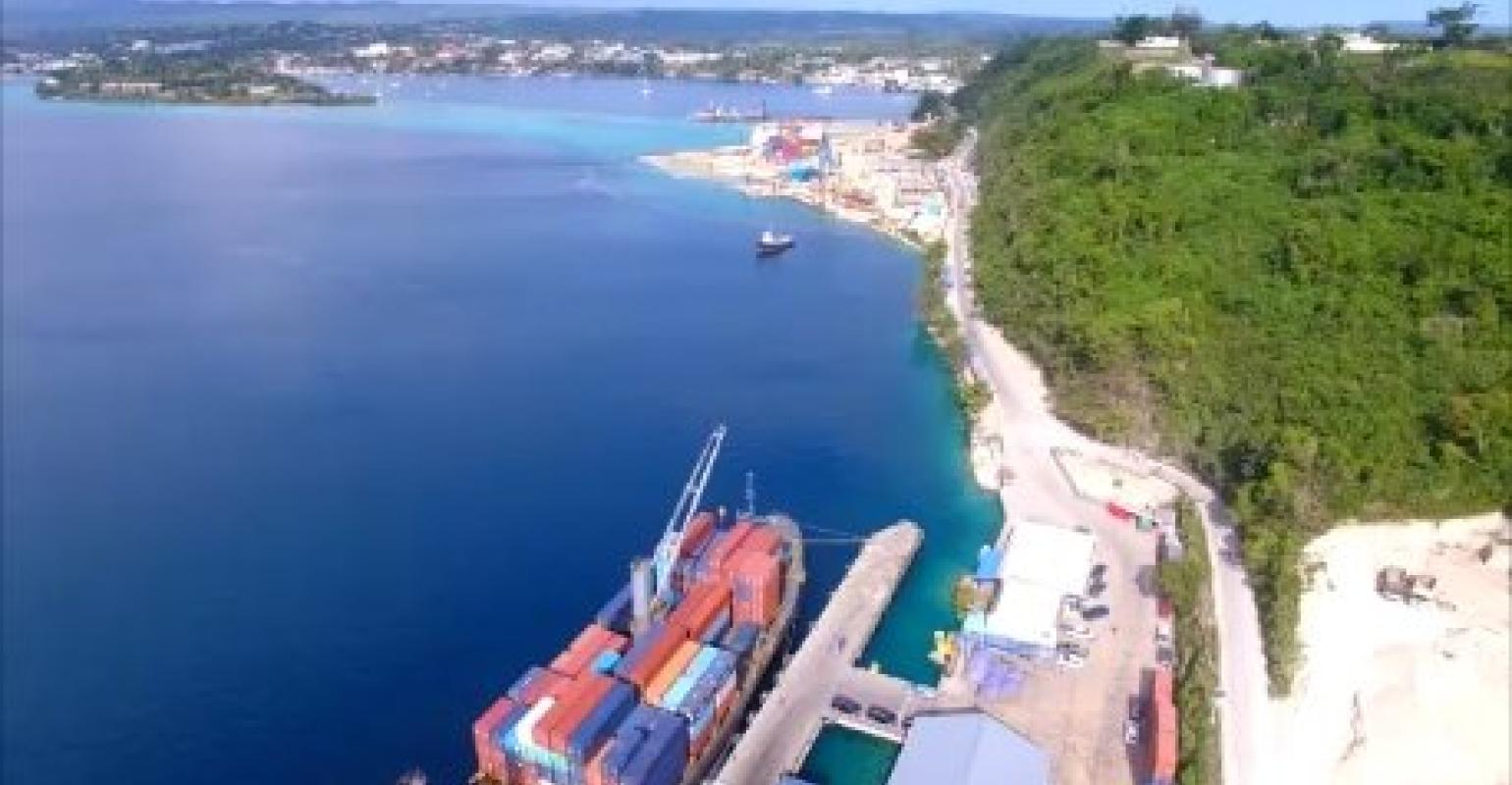 In the great scheme of things, the Pacific Island communities rarely feature, occasional exceptions including the powerful interventions of the Marshall Islands at the recent IMO climate debates.

They are tiny nation states, which largely depend upon the assistance of their large and prosperous neighbours to help them out with the necessaries of modern life. Their brightest and best tend to emigrate to these helper nations, with Australia, New Zealand and the US favourite destinations.

There is now considerable controversy over the growing influence of China in the western South Pacific, with some alarm being expressed in both Australia and New Zealand at Chinese investments in the islands and deals being struck between Island governments and the Chinese over maritime access, fishing rights and port development projects. Typical of these is a massive new Chinese built facility at Port Vila in Vanuatu, which, it has been suggested, has military as well as commercial potential.

The New Zealand government has been so concerned by these developments in what was deemed their “zone of influence” that they have hugely increased their aid budget to the islands to an annual NZ$1bn, and Australia is being urged to follow suit.

The provision of safe, affordable and practical marine transport has been a major issue in the South Pacific, with the island nations having suffered recent tragedies involving old or unsuitable inter-island craft. There is a long legacy of redundant “First World” ferries or other unwanted ships being gifted or foisted off on island shipping firms which can afford nothing better. Uneconomic, unsuitable and sometimes downright dangerous ships have been pressed into inter-island service and have occasionally come to grief.

A fierce critic of aid schemes which suit the donor rather than the recipient, is Dr Stuart Ballantyne, Australian master mariner and naval architect, who has been concerned with transport in the Western Pacific for many years. He instances a notorious case in the 1970s, when a brand new Australian donated ship arrived in Samoa to discover that its draught was too deep to enable it to get alongside in its principal port. He recalls the Pacific Forum Line, which was supposed to bring modern and regular sea transport to the islands, but was doomed by the unsuitable craft which aid provided. The Solomons, Tonga and Vanuatu have all been recipients of gifted craft, which have been far from ideal for the particular maritime needs of the islands.

On his recent return from the islands, Dr Ballantyne reports on a voyage he took on a nine year old Japanese ferry which had vehicle deck heights, designed for Japanese trucks, into which the vehicles used in Samoa will not fit. He also noted that the personnel accesses were designed for smaller people than those currently using the ship, with doorways under 1.8m high and 0.5m wide.

He also suggests that the use of capable ships for emergency response in a region in which tsunami are identified hazards and devastating cyclones regular occurrences, are not really assisted by the sort of aid vessels provided by Australia as patrol boats. The islands as a result, have to depend on their large neighbours to help in the case of disasters, where the provision of more suitable, multi-functional local craft, could be more effective in providing immediate assistance.

As the recipients of these donated craft, it is difficult for the islanders themselves to be critical of their suitability. Dr Ballantyne suggests that by failing to consider the actual practical needs of the islands Australia has been guilty of poor and arrogant behaviour for the past half century. Other critics have suggested the “old-colonial- we know best” attitude of the traditional donors has made the blandishments of an emergent maritime China (which may be no more focussed on the islanders’ real needs) more attractive.

Cosmoship orders up to four boxships at Huangpu Wenchong
Jan 27, 2021