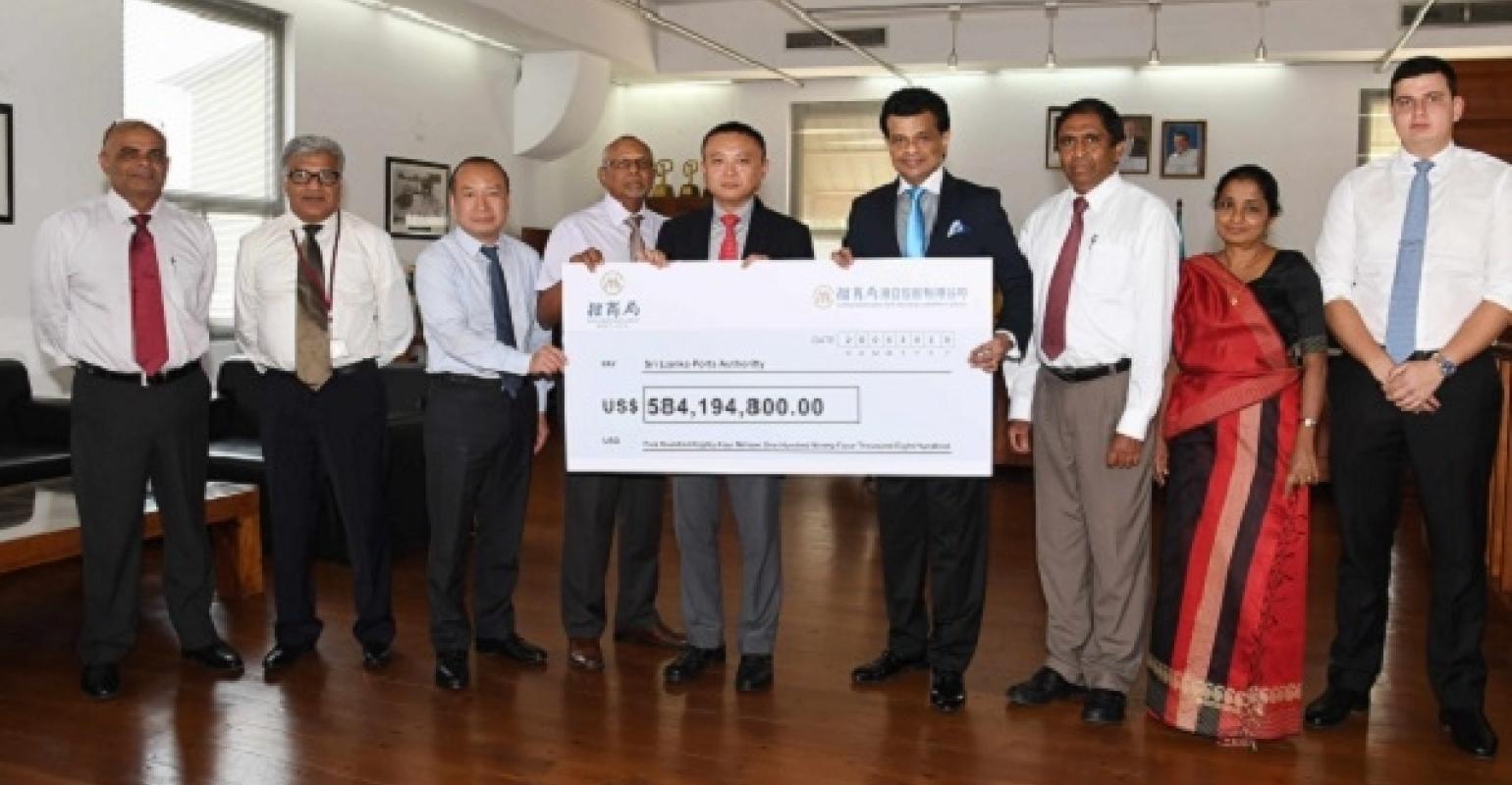 Six months after being given full control of Sri Lanka’s Hambantota Port, China Merchant Port Holdings (CMPort) has finally coughed up the remaining $584.2m it agreed to invest for gaining the 99-year port concession.

The last of three tranches was released by CM Port with the presentation of a cheque to Sri Lanka Ports Authority (SLPA) chairman Parakrama Dissanayake by the chief representative of China Merchant Group in Sri Lanka Ray Ren in  the presence of senior port officials and representatives of CM Port.

Following two earlier tranches of $292m and $97m paid out in December and January respectively, this makes it the total investment the single highest ever Foreign Direct Investment (FDI) received by Sri Lanka to date. CMPort has also agreed to deposit a further sum of $146m to be invested in port and marine related activities.

SLPA and CMPort agreed on the concession for the management, operation and development of the port on a public private partnership model in July last year.

“CMPort is one of the most successful global companies in the ports sector, and their investment in the Port of Hambantota can be described as a credible vote of confidence in its potential as well as in the economy of Sri Lanka,” said Dissanayake.

Further investment of an additional $400m to $600m on phase I and II of Hambantota Port is planned. It is hoped these investments will attract other foreign investors to the previously war-torn country. The acquisition of control of a poet in the key South Asian gateway is also seen as another step in China's Belt and Road Initiative.

The injection of cash will help the Sri Lankan government make debt payments for the reportedly $361m construction cost of the port, much of which was loaned by Export-Import Bank of China. The port has so far been unprofitable, with barely more than a dozen ships calling in a year.