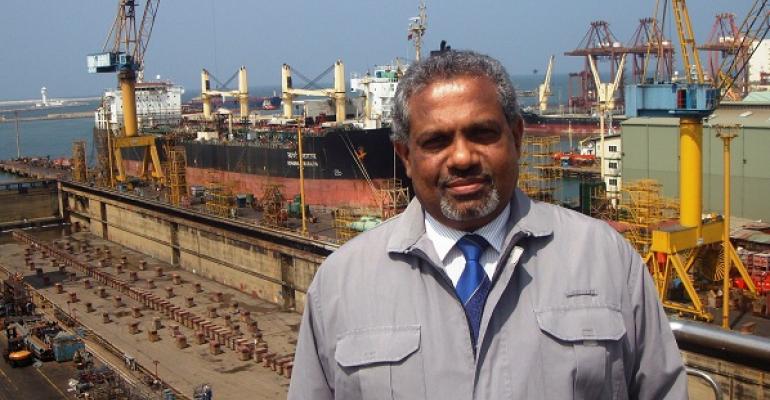 The recent actions of the Indian government, to limit domestic shipbuilding activities to Indian yards, and also to favour the state-run Cochin Shipyard in awarding contracts for small craft and passenger vessels, have resulted in substantial heartburn in both a Sri Lankan shipyard and a small Indian yard located Goa.

“Colombo Dockyard accounts for almost 2% of Sri Lanka’s total exports; and this kind of restriction limits opportunities for the shipyard, which is a serious blow to the Sri Lankan shipbuilding industry,” said D V Abeysinghe, managing director of Colombo Dockyard plc (CDPLC).

“In the recent past, we have actively participated in government shipbuilding tenders floated in India, following a competitive bidding process, and have successfully secured several shipbuilding orders.”

As many as 28 vessels have been built by the yard for Indian clients, including a total of 24 offshore supply vessels (anchor handlers and platform supply vessels) for two well-known Indian shipowners, Greatship of the Great Eastern Shipping group, and Executive Ship Management.

The remaining four were passenger-cum-cargo vessels – two of 250-passenger capacity and 100 tonnes cargo, and two carrying 400 people plus 250 tonnes cargo – for the Lakshadweep Administration of the Indian government; these are still running between Cochin and the Lakshadweep islands.

“All these four passenger vessels were delivered meeting and surpassing all requirements, well within the contractual time and without any cost escalations, and along with complete set of certificates duly issued by the statutory authorities in India and classification societies. Frankly, CDPLC is a much sought-after shipbuilder by the Indian shipping fraternity,” says Abeysinghe.

The restriction has greatly limited opportunities for CDPLC at a time when India is in need of a large fleet of passenger vessels to cater to the actual demand, but is seriously impeded by the limited capacity to build these vessels locally in India.

Several private sector shipyards in India – including ABG Shipyard, Bharati Shipyard and TEBMA Shipyard, to name just three – have either announced bankruptcy or are in dire financial straits.

The only really profitable yard at the moment is the government-owned Cochin Shipyard (CSL), which executes both commercial and defence contracts, and is being favoured in the handing out of contracts for even small craft where CSL is sub-contracting manufacturing to smaller yards on job-work basis.

Vijai Marine Shipyard (VMS), nestled on a bend of the Zuari river on the Rascaim road in the Salcete district of Goa has turned out over a hundred vessels of diverse nature in the course of the last dozen years. It has increased its simultaneous building capacity from three to seven vessels at a time. “The industry, per se, has been slow, and hence VMS has had to reach deep into the industry and create opportunities based on discussions with potential shipowners, low on investment morale,” says VMS’s business head, Suraj J. Dialani, the 41 year old only son of septuagenarian Jairam Dialani, sole proprietor of the parent company, Vijai Marine Services.

“We have had to field their vision, and then convert them to orders by meeting their operational requirements within stringent budget lines and schedules, and convincing them about the future prospects. It is thus totally unfair that the big state-run yards get the contracts for even small vessels, which they then get constructed at small yards like ours. So we do the donkey work, and they get to lick up the cream.”

Dialani points out that VMS has designed, built and exported a complete SOLAS  compliant oil tanker to Mauritius, and used value engineering to bag the order for another SOLAS complaint product carrier being built for the Union Territory of Lakshadweep Administration.

“We are not asking for any favours; we should merely be allowed to compete for tenders with any other yard, Indian or foreign, for the kind of vessels that the big boys like Cochin Shipyard don’t build within their premises,” he says. “All they do is supply a few parts and perhaps the engines, and get the vessel actually constructed at a yard like ours.”